The Lost Angeles Rams are one of the NFL’s oldest remaining franchises after starting in Cleveland back in 1936. Back then they were known as the Cleveland Rams and played in the short-lived second-iteration of the American Football League (AFL). They joined the NFL in 1937 and remained in Cleveland through the 1945 season.

At the time, there were no NFL teams on the west coast and the Rams owner, Dan Reeves, wanted to change that. Initially, he was denied a request by the other owners to move the Rams to Los Angeles into the newly built LA Memorial Coliseum After he threatened to leave the league outright, the owners agreed and the NFL became the first professional sports league to operate coast-to-coast. Another condition of the move was that the Rams sign at least one African-American player when no other terms would. The Rams brought in Kenny Washington and made the RB the first African-American to sign an NFL contract.

After the move to LA, it would take more than 30 years before the Rams would make it to their first Super Bowl in 1979. The run was a shock after LA finished at 9-7 with the worst regular season record of any divisional winner that year. But, they went on to shock the Dallas Cowboys in the divisional round and shut out the Buccaneers in the conference championship. The Rams were eventually beaten by the Steelers 31-19.

After the loss of Super Bowl XIV, the Rams decided to make the short move from Los Angeles into Anaheim. The reason for this was both because of the NFL’s blackout rule and followed the population pattern in Southern California during the late 1970s.

The Rams attempted to move back to LA in the 1980s, but the Raiders had moved into their old stadium and left them without a home. Then, in 1995 the Rams moved to St. Lous where they would remain until 2015. During that time, the Rams would experience the most successful period of their existence up until that point. They won the Super Bowl in 1999 thanks to a backup quarterback named Kurt Warner and a team dubbed “The Greatest Show on Turf.”

After another rough patch, the Franchise was moved back to Los Angeles in 2016 where they remain to this day. Since their move, the Rams have been one of the best teams in football with two Super Bowl appearances and one championship win in 2021. 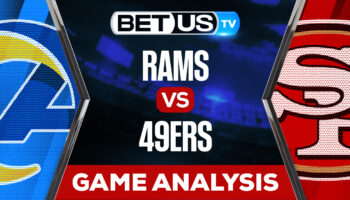 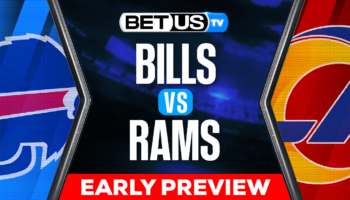