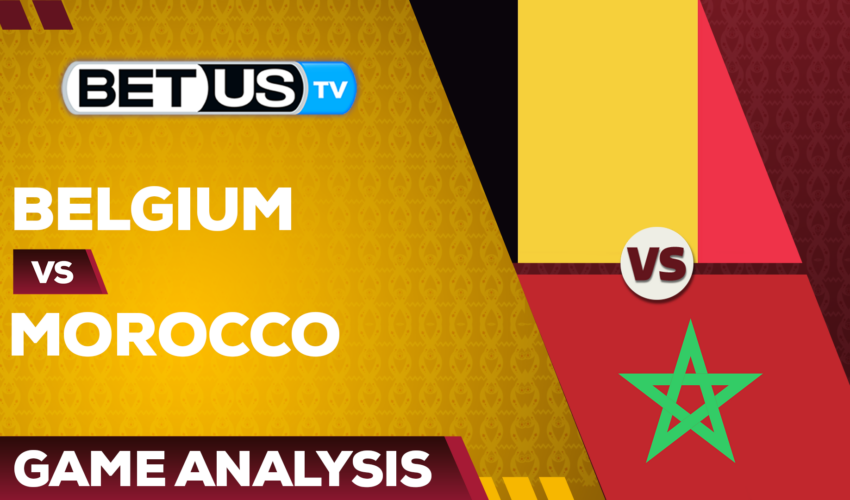 The favorites of group F will have to face off against a very uncomfortable team from Morocco. Game to be played this coming November 27 at stake corresponding to the second date of said group.

The Moroccan team has perhaps never been the favorite team in this group, however in its first game it showed that it can be an uncomfortable rival and that it could surprise. In their first game, they showed that their forte is playing on the wings, with very fast players who can be a headache for opposing defenders. In the first game against the Croatian team they created possibilities that they did not know how to end. The Moroccan team has important players such as Achraf Hakimi, Sofiane Boufal, Tarik Tissoudali, Adam Masina, who are options for their coach Vahid Halilhodžić to play on the wings. But not everything is good for Morocco, since the participation of its best player Hakim Ziyech is still in doubt. With the result obtained against Croatia, the Moroccan team is in third position with 1 point.

Meanwhile, the Belgium team did not disappoint in its first game and it arrived with motivation at its peak and the conviction of being able to win the game against the Moroccans. In their first game, those led by Roberto Martínez did what they knew how to do, win their games, perhaps not playing their best game and suffering more than necessary, but winning. The Belgians came onto the pitch with their best figures, especially in attack. Perhaps one of the areas that left the most doubts was the defense, especially its wings, since it was shown that if the defensive line is attacked by the wings it can cause big problems, this as a result of the formation used by his coach at play only with 3 defenders, which leaves the wings very exposed. But he has one of his best weapons, his attack. In the first game it was shown that Kevin De Bruyne, Eden Hazard and Batshuayi are decisive, in the creation and danger of the Belgians, an extremely important point.

We will see which of the two teams manages to impose conditions. If it will be the Moroccans with their great game on the wings and their tactical order and if it will rather be Belgium with one of the most dangerous attacks in this World Cup.

The implied probability for these two teams attached to the betting lines has Belgium at a 51.22% chance of winning the game, meanwhile Morocco has 25% probability of finishing the game