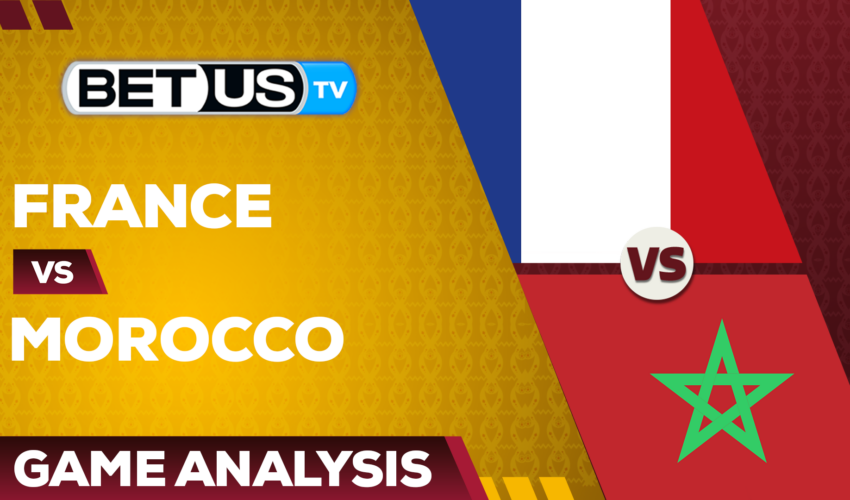 This is perhaps one of the least expected semi finals for this world cup. The defending team always arrives with the obligation to defend their title and in this case the French team will have to face this Wednesday the surprise team of this World Cup, the Moroccan team.

The French team undoubtedly arrives as a favorite, not only to win this game, but to win the World Cup again. The French have had a great World Cup, where with the passing of each game their chances of winning a World Cup for the second consecutive time increase, a feat that was last achieved 60 years ago. The French come from having achieved their pass to the semifinals against a very difficult team from England. Those led by Didier Deschamps had to do their best to win this game, where one of his main figures was the goalkeeper Hugo Lloris, who had several interventions that saved the team from him. One of the highest points of the French team has been its forward, despite not having the Ballon d’Or, Karim Benzema, they have found their weapon in attack in Oliver Giroud. Giroud has managed to score 4 times and has already become the highest scorer in the history of the French team, which is a point to take into account in the face of this game for the semifinal.

For its part, the surprise of Qatar 2022 is already thinking about a possible final. The Moroccan team has been something to talk about in this World Cup, and it is not for less, since it left out great teams like Belgium, Spain and Portugal, so they arrive with the motivation to the fullest and with the drive of a whole country that dreams of the World Cup feat. In their last game, the Moroccans beat the Spanish team in a penalty shootout. Its mark and overflows on the sides were a headache for the Spanish. Their main figures have been Achraf Hakimi, Hakim Ziyech, Youssef En-Nesyri and their goalkeeper Yassine Bounou who was a key player in penalties.

The implied probability for these two teams attached to the betting lines has France at a 66.67% chance of winning the game, meanwhile Morocco has 12.90% probability of finishing the game with the W.