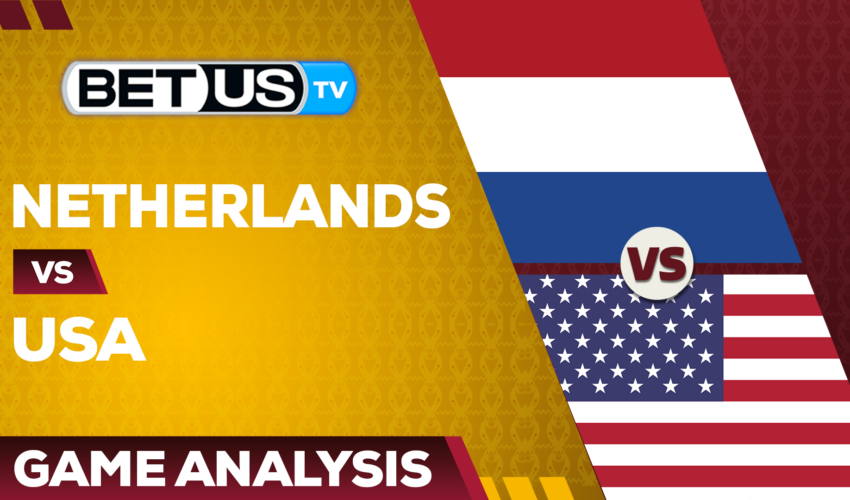 Netherlands and USA will start the World Cup 2022 round of 16 stage when they battle against each other at the Khalifa International Stadium on Saturday.

Louis van Gaal’s squad finished first in Group A to punch their ticket into the knockout stages, while USA placed second in Group B right behind England.

Youngster Cody Gakpo became the 4th man in country history to score in 3 back to back World Cup games after his strike against Qatar on Tuesday, while Frenkie de Jong has been a key piece of the Orange Machine throughout the entirety of the group stage.

Sadly, criticism has risen up over the Netherlands’ style of play at the competition, with the side being slow on attack having a total of eight shots on target so far in the tournament, but Van Gaal has dismissed such possible issues as the squad prepares to tackle the World Cup knockout stage once again.

As for the USA , they have not beaten a UEFA team in the World Cup since back in 2002, and their 3 previous knockout matches against European opposition at the World Cup have all ended in a loss.

The Netherlands has a small injury, as right back Jeremie Frimpong had an ankle injury during training earlier in the week and still remains in doubt, but Denzel Dumfries has been the starter in the same position in previous matches.

Outside of that Van Gaal should have the entire squad available, however Matthijs de Ligt and Nathan Ake are at risk and will miss any potential quarter final match if they receive yellow cards here.

As for the USA, Pulisic and Josh Sargent are officially out due to injuries.

The Netherlands may not be a fully offensive team however looking at team quality the Oranje has a massive advantage, as such we will lean towards a Netherlands win.

The implied probability for these two teams attached to the betting lines has Netherlands at a 51.22% chance of winning the game, meanwhile USA has 23.26% probability of finishing the game