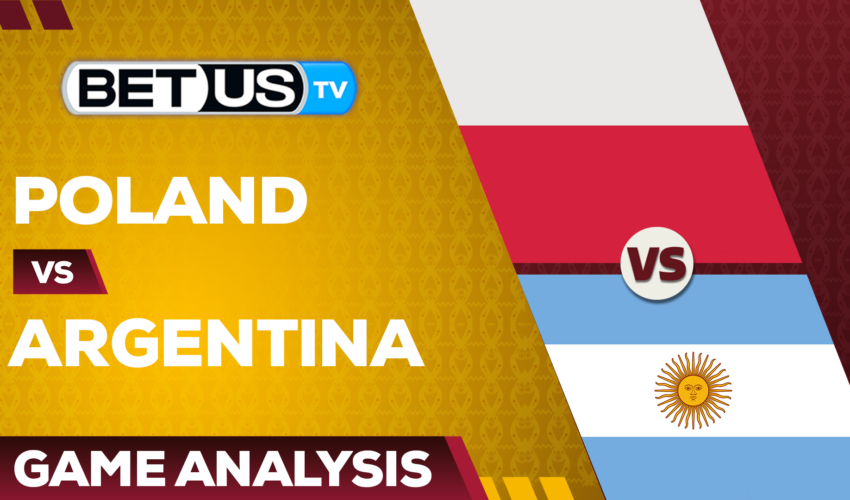 Perhaps we are facing one of the most anticipated games on this date 3 of the group stage of the World Cup in Qatar. We are referring to the game between the selection of Poland and Argentina, a game that will undoubtedly have millions of spectators waiting, more than anything, for what happens with the selection of Argentina.

The Polish team was given the surprise in group C. After a not very convincing first game against the Mexican team, the Polish needed to win in their next game against the Saudi Arabian team, and so it was. The Poles brought out their best version in this World Cup and were far superior to their rivals in much of the game. Led by their star player, Robert Lewandowski, the Poles managed to defeat Saudi Arabia by a score of 2-0, taking the 3 points and giving the surprise, since they are located in the first position of group C. The Polish team has several options to qualify for the round of 16, but without a doubt they are going for the win and thus be able to leave first place in their group.

But the Argentine team needs victory no matter how it takes place. After their surprise defeat against the Saudi Arabian team, Scaloni’s team needed to win their game against the Mexicans, and so it was. From very early on his star player, Lionel Messi took all the magic out of him and would score the first goal of the game. The Argentines would be clearly dominant, where their main weapon is their attack. Their defense did not have much work during the game, although the direct play of the Poland team could be a problem. The Argentines will seek their pass to the round of 16, but for this they need a victory against Poland to qualify without having to wait for results from the other rivals in their group.

We will see if the “Albiceleste” manages to remedy their situation or if it is rather Poland who can embitter the World Cup for the Argentines and leave them out of the next round.

The implied probability for these two teams attached to the betting lines has Argentina at a 67.74% chance of winning the game, meanwhile Poland has 13.33% probability of finishing the game