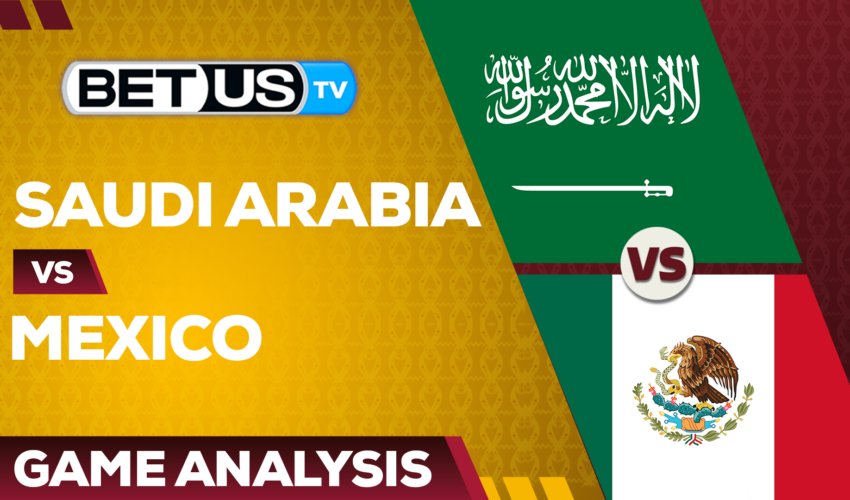 There is no doubt that group C of this world cup has been one of the ones that has given me the most surprises and apparently this last game of the group stage is not going to be the exception, since everything looks like it is going to be a game Extremely fought, we talked about the game between the selection of Mexico and Saudi Arabia.

One of the surprises of this world cup has been the selection of Saudi Arabia, who beat one of the favorite teams not only from their group, but to win the world cup, the selection of Argentina. Saudi Arabia has shown an extremely fast game on the wings which did a lot of damage to the Argentines. But what happened in the game against Poland? The defense was one of the lowest points, since they did not look as organized as in the first game and Poland knew how to take advantage of the team’s mistakes to score two goals for them. However, despite having lost their last game, the Arabian team depends on itself to be able to qualify, so we would expect a team that will attack its rival from the first minute in order to get into the round of 16 and make history.

The selection of Mexico has been one of the teams that has owed us the most in this world cup. Mexico arrived as one of the strongest teams in CONCACAF, however they have not been able to face their rivals. In their first game they drew against Poland. The Mexican attack has always been characterized by its explosiveness, however in this world cup they have not been able to demonstrate it. Against Argentina they had several opportunities that they did not know how to take advantage of and where their defense was never able to stop the rival, which took its toll on them. The Mexicans can still qualify for the round of 16, however they need to win their game against Saudi Arabia and wait for a series of combinations that will put them in the round of 16.

Will Mexico be able to save its World Cup or will Saudi Arabia be the ones who continue to be the surprise of this World Cup and can enter the round of 16? We will know this outcome this next Wednesday, November 30.

The implied probability for these two teams attached to the betting lines has Mexico at a 60% chance of winning the game, meanwhile Saudi Arabia has 21.05% probability of finishing the game