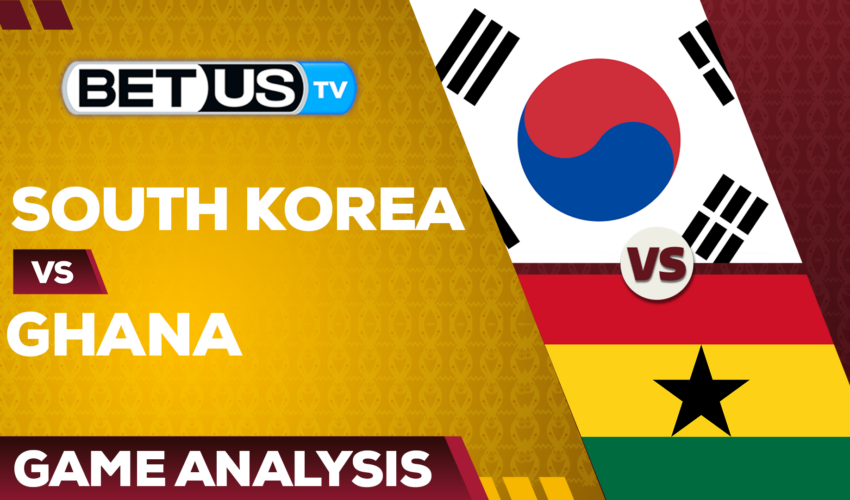 This coming Monday, November 28, a decisive group H duel will be played. We are talking about the game between the teams of South Korea and Ghana, who need the 3 points to keep alive their aspirations to reach the second phase of this World Cup .

The Ghanaian team gave us a demonstration of what they are capable of doing. Despite not having won their match against the Portuguese team, the Ghanaians proved to be a very organized team with a very fast attack that can cause problems for rival teams. Without a doubt, they gave us one of the best games we have seen in this World Cup in Qatar. It is impossible not to think about the very good job that Otto Addo has done as coach of this team, despite it being his first experience as a coach. Perhaps one of the virtues of the Ghanaian team has been its physical strength, since in aerial duels and by force, the Ghanaians always have the upper hand, however, not everything is good in the team, since one of its shortcomings has It has been their forward, who has had a hard time scoring in their last games, even having excellent players like Jordan and André Ayew. The Ghanaian team is in last place in their group with 0 points.

Meanwhile, the South Korean team surprised their group. Many regarded it as the worst team in its group, however it knew how to complicate the game for its rival. One of the most important points for the South Korean team has been its quick attack, it was shown that the attack on the wings, with quick passes and the speed of its most emblematic players, as is the case of Heung-min and his classmates Kim Shin-wook, Kim Young-gwon among others. These quick changes of speed manage to do a lot of damage to the rival and this was demonstrated against Uruguay, a game that would end with a 1-1 tie and that puts the Koreans as second in their group with 1 points.

A game that both teams need to win and that will undoubtedly give their all on the field.

The implied probability for these two teams attached to the betting lines has South Korea at a 38.46% chance of winning the game, meanwhile Ghana has 33.90% probability of finishing the game