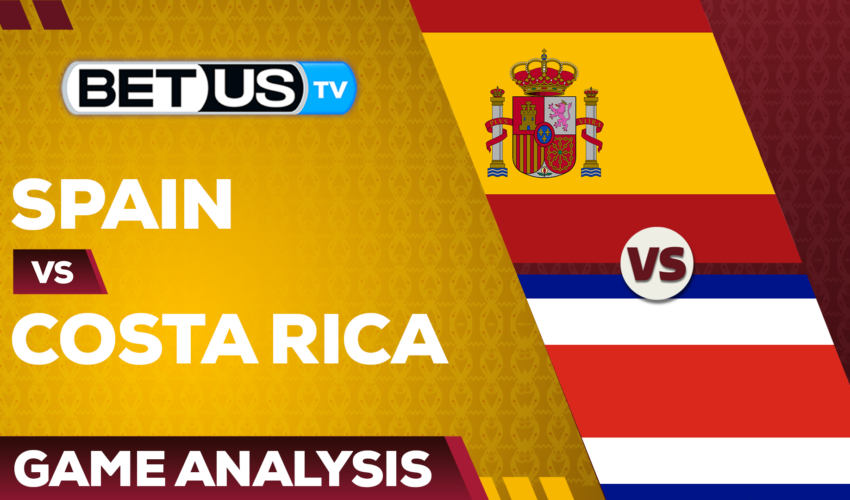 Luis Enrique’s Spain will debut against a feisty Costa Rica on Wednesday in Group E’s second match of the day. No other nation has lost more World Cup opening matches than Spain’s seven, and head coach Luis Enrique will be hoping his side do not miscue once again against Costa Rica, as that would be a serious upset.

Spain have not returned to a major tournament final since winning two European Championships and a World Cup between 2008 and 2012. But a new generation of exciting youngsters is inspiring hopes of a return to those glory days, with players such as Pedri and Ansu Fati providing a new spark. Luis Enrique made 12 World Cup appearances for Spain as a player between 1994 and 2002, though he never made it past the quarter final.

Costa Rica, on the other hand, have won just 5 World Cup matches, although three of those came in the tournament’s opening game. Costa Rica is remembered for their incredible run in Brazil 2014, when they came in first place in the “Group of Death”, beating Uruguay and Italy and drawing against England.

Costa Rica later went on to eliminate Greece in the round of 16 and was finally eliminated by the Netherlands by way of penalties in quarter finals. Costa Rica left Brazil unbeaten, as they were eliminated in a penalty shootout after a 0-0 draw.

Spain is definitely the huge favorite in this first game, not only due to individual performances, but also their team play. Spain has very good and young players that will want to start showing the world that they’ll be able to be the successors of Spain’s golden generation. However, Costa Rica has nothing to lose and if they’re able to stop Spain’s attack, the “Ticos” can really pose a threat to Luis Enrique’s squad.

The implied probability for these two teams attached to the betting lines has Spain at a 86.67% chance of winning the game, meanwhile Costa Rica has 5.26% probability of finishing the game