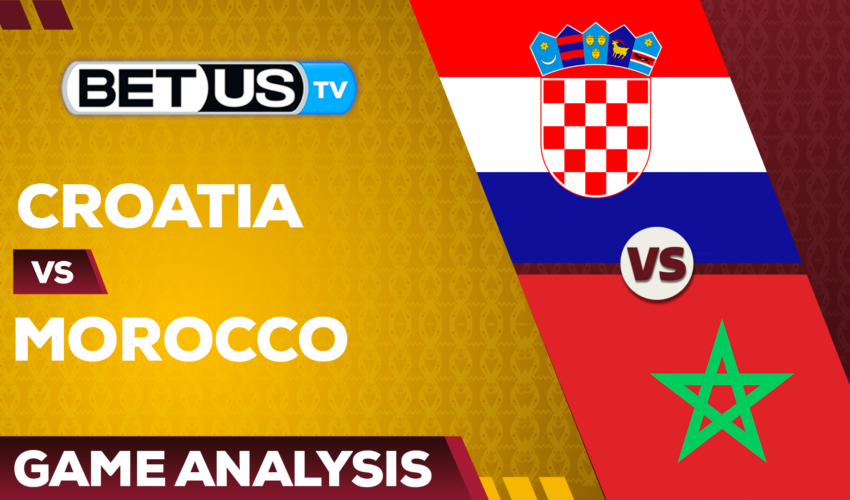 The World Cup comes to an end and with this the last two matches of the World Cup in Qatar 2022. This Saturday, December 17, we will have the game for the third and fourth place in the World Cup between the Croatian teams and the surprise team of this World Cup. , the selection of Morocco.

The Croats were one of the best teams during this World Cup and it was more than demonstrated. In the group phase they qualified as second in group F, in the round of 16 they managed to defeat the Japanese team, a selection that was not easy at all, then in the quarter-finals they left out one of the favorite teams to win the world cup, the selection of Brazil, in what could have been one of the surprises of this world cup. Then, the world runners-up came from having lost their last game of the semifinals against the Argentine team by a score of 3-0. One of the main points to highlight is the quality of its players for the next qualifiers in the next world, where players like Dominik Livakovic and Josko Gvardiol had an excellent performance during this world cup.

While the selection of Morocco still wants to continue giving surprises in this World Cup. Undoubtedly one of the best teams we have seen during this tournament. The Moroccans showed attitude and, above all, a lot of talent on the field, a little-known team, but with figures like Hakim Ziyech, Yassine Bono and Achraf Hakimi they knew how to impose their conditions in a historic World Cup for them. The Moroccans surprised in the group stage, qualifying in first place, then they eliminated the Spanish team and the Portuguese in the quarterfinals. The most important game in the history of Morocco was coming and they would face the French team, where it would not reach them and they would be eliminated by a score of 2-0.

There is no doubt that this game for third and fourth place will be a game full of emotions and good football, we will see which of the two teams manages to impose conditions in this game to be played at the Khalifa International Stadium.

The implied probability for these two teams attached to the betting lines has Croatia at a 42.55% chance of winning the game, meanwhile Morocco has 33.33% probability of finishing the game with the W.