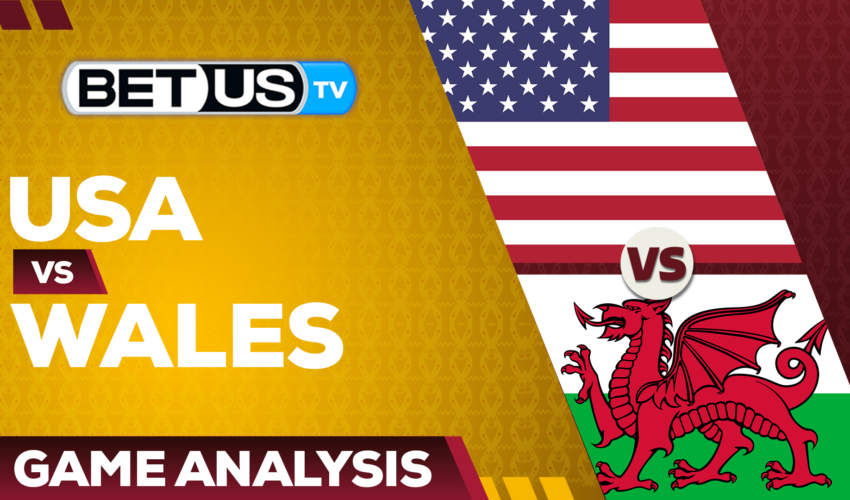 Group B of the FIFA World Cup will have its first match this Monday, November 21, what looks like an excellent match between the United States team and the Wales team.

Both teams arrive having a great time, with renowned players and eager to play a great role in this World Cup.

The United States team managed to qualify for the World Cup in Qatar after missing the 2018 World Cup in Russia, it took 8 years for those led by Gregg Berhalter to live the World Cup again. The American team qualified for this world cup after finishing in third place in the CONCACAF qualifying rounds. The North Americans managed to position themselves in 16th place in the FIFA ranking that is given prior to the start of the World Cup. With players of great quality and worldwide renown such as Christian Pulisic and Tim Weah, who are undoubtedly players to follow in this World Cup and who will lead their country in this competition, in which they are one of the favorite teams of their group to advance to the round of 16. However, in its last 3 games played, the team has not been able to win and in its last game against Saudi Arabia the team did not leave a good taste in the mouth in a match that would end with a score of 0-0.

Meanwhile, the Welsh team had to suffer to get their ticket to Qatar, in a highly contested qualifying group and in which they had to face difficult rivals such as Ukraine and Austria, now the team led by their star player Gareth Bale is the favorite to take first place in Group B in the World Cup. In their last games the team did not have the performance expected by their fans, since in the last matches of the UEFA Nations League they lost their matches against the Netherlands, Poland and Belgium, which affected them in the FIFA ranking where they are ranked 19th. .

This will undoubtedly be one of the most striking games in group B, where the United States start as favorites to win the game.

The implied probability for these two teams attached to the betting lines has USA at a 40% chance of winning the game, meanwhile Wales has 31.25% probability of finishing the game