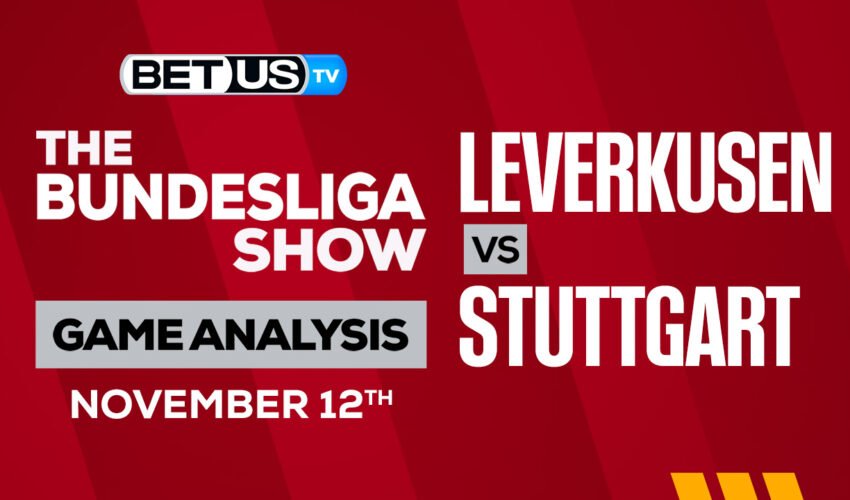 Bayer Leverkusen will be aiming for a third successive league victory when they host Stuttgart in the Bundesliga on Saturday. The visitors, meanwhile, would climb above their forthcoming opponents with a victory, which makes this game a very interesting one to watch even if it features two teams sitting near the bottom of the standings.

After dropping back into the relegation places following their 2-0 defeat to RB Leipzig at the end of October, two straight victories since have significantly improved the general mood around Leverkusen.

Xabi Alonso’s team ensured that they will compete in the Europa League after the turn of the calendar year by drawing 0-0 against Club Brugge last week, before thrashing Union Berlin 5-0 at the weekend and winning 2-1 away to FC Koln on Wednesday.

Die Werkself appeared to be heading for an eighth defeat in 14 league games after Benno Schmitz had given the hosts the lead on the half-an-hour mark, but goals from Nadiem Amiri and Moussa Diaby after the break turned the match on its head to move Leverkusen four points clear of the bottom three.

With Stuttgart only one point behind them one position above the relegation zone, putting together a third consecutive win would move them even further away from relegation trouble, and potentially as high as 10th in the table heading into the imminent break for the World Cup.

Meanwhile, Stuttgart secured a crucial win themselves by beating fellow strugglers Hertha Berlin 2-1 on Tuesday. The win was their third consecutive home win under interim head coach Michael Wimmer. If he can guide his side to a positive result in Leverkusen on Saturday, he would have a solid chance of being handed the role on a full-time basis during the World Cup period.

That will not be easy against an opposition growing in confidence under Alonso’s tutelage, though, but even avoiding defeat would ensure that they head into the international break above the bottom three places given that Hertha are still only three points behind them in the relegation playoff position.

Let’s check the latest Bundesliga picks, news, stats and Bundesliga expert picks for Leverkusen vs Stuttgart. We’ve plenty of Bundesliga predictions for you to consider.

The implied probability for these two teams attached to the betting lines has Leverkusen at a 58.33% chance of winning the game, meanwhile Stuttgart has 22.47% probability of finishing the game with the W.