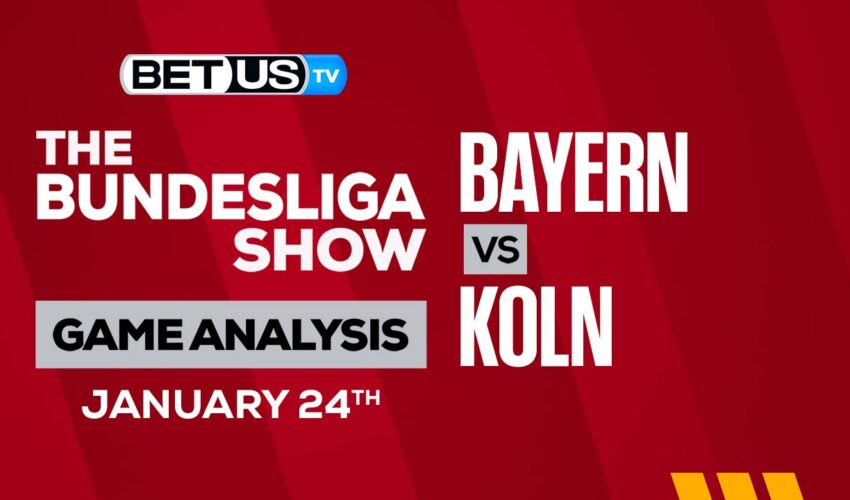 Oddsmakers have the Bundesliga leaders as huge favorites in their match against Koln this coming Tuesday at the Allianz Arena in Munich. Although ranked first in the standings, Bayern was held to a draw by the current 5th place club to start this 2023. Koln, on the other hand, had a monstrous showing against Werder who conceded 7 to them in Cologne, 5 of them which came only in the first half.

The thing with Bayern is that although they sit atop the standings of the league, they’re only 5 points ahead of three clubs tailing them closely in Frankfurt, Union and Freiburg. Bayern has to fire up and take advantage of the shaky showings some of these teams have had lately, especially Freiburg and Union. Bayern hasn’t been poor in any way, in fact, they had a winning streak going on that was cut short by Leipzig last weekend.

Let’s check the latest picks, Bundesliga news, stats and Bundesliga expert picks for Bayern Munich vs Koln. We’ve plenty of Bundesliga predictions for you to consider.

Koln, on the other hand, really came back to life this 2023. Back in November they weren’t able to win a single game, conceding 2 to Freiburg, Leverkusen and even Hertha who currently sit at the bottom of the table and are in danger of relegation. Whether Koln’s performance against Werder was of their own efforts or Werder’s failure doesn’t change the fact that oddsmakers have set Bayern as clear favorites so finding value here will require looking at a few different angles.

The last time these two clubs met, Bayern found the back of the net 4 times and didn’t allow a single goal to Koln. The Bundesliga leaders are poised to repeat a similar showing tomorrow unless Koln has some sort of ace up its sleeve. Stay tuned to find out what our experts have to say about this match and whether or not an Alex classic is in order!

The implied probability for these two teams attached to the betting lines has Bayern Munich at a 83.33% chance of winning the game, meanwhile Koln has 8.33% probability of finishing the game with the W.