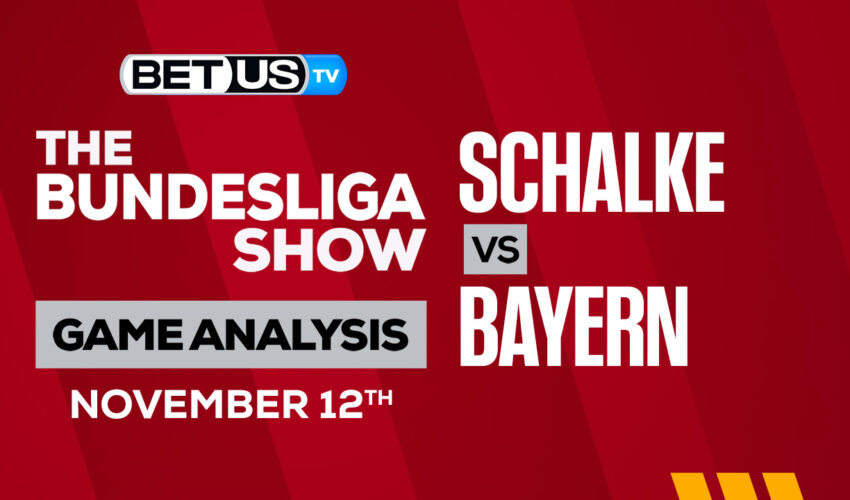 Bayern Munich will be aiming to extend their gap at the top of the Bundesliga table when they face Schalke 04 on Saturday. The hosts, meanwhile, could move off the foot of the table with a positive result in their last match prior to breaking for the World Cup.

Indeed, Schalke finally ended their seven-match losing streak in the Bundesliga by beating Mainz 05 on Wednesday. Simon Terodde, who has scored more goals than any player in the history of the second tier of German football, bagged only his 13th goal in the topflight to break the deadlock after 10 minutes, with Thomas Reis’s side impressively restricting their opponents to just one shot on target throughout the course of the match.

Despite claiming a much-needed victory, Schalke remain at the foot of the table after VfL Bochum also claimed three points against Borussia Monchengladbach, although Hertha Berlin are only two points ahead of them in the relegation playoff position heading into the weekend. As such, should they be able to record a shock win against the Bavarians on Saturday, Die Konigsblauen could end this period outside of the automatic relegation zone.

Bayern, meanwhile, racked up a ninth successive victory in all competitions by thrashing Werder Bremen 6-1 on Tuesday. Anthony Jung cancelled out Jamal Musiala’s opener within the opening 10 minutes, but Julian Nagelsmann’s side ran riot thereafter, with Serge Gnabry scoring a hat-trick to add to Leon Goretzka’s and Mathys Tel’s strikes.

With Union Berlin dropping points at home to Augsburg in midweek, Bayern have opened up a healthy four-point cushion at the summit of the table, which they will be hoping to extend this weekend before the majority of their players jet off to Qatar. Bayern will take the win back to Munich easily and Schalke will be farther away from escaping relegation positions.

Let’s check the latest Bundesliga picks, news, stats and Bundesliga expert picks for Schalke 04 vs Bayern Munich. We’ve plenty of Bundesliga predictions for you to consider.

The implied probability for these two teams attached to the betting lines has Schalke 04 at a 6.45% chance of winning the game, meanwhile Bayern Munich has 86.67% probability of finishing the game with the W.