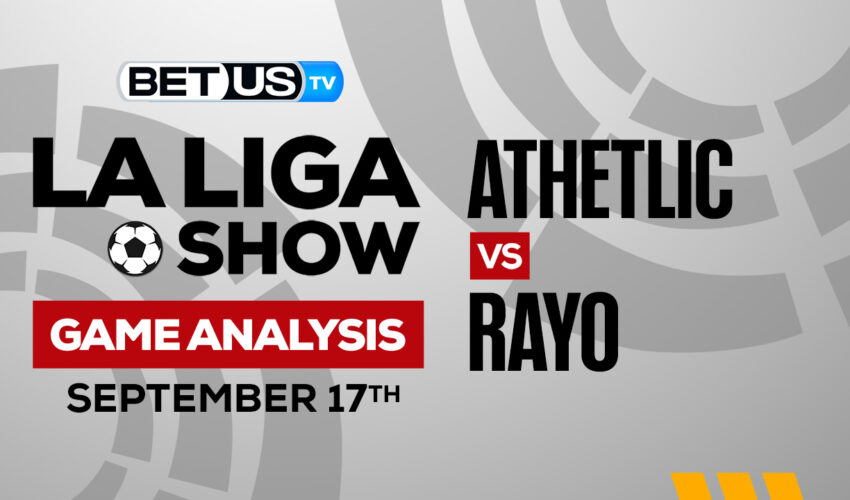 Athletic Bilbao will be aiming to record their fourth La Liga victory of the campaign when they welcome Rayo Vallecano to San Mames on Saturday. Ernesto Valverde’s side are currently sixth in the table, boasting 10 points from their opening five matches, while Rayo are ninth, having picked up seven points during a solid start to the season.

Rayo were 12th in La Liga last season on their return to the top flight, and they will be pleased with their start to this campaign, picking up a respectable seven points from five matches to occupy ninth spot in the table. Los Franjirrojos started their season with a goalless draw at Barcelona before recording a 2-0 victory over Espanyol one week later to move onto four points from their opening two games.

Rayo then lost back-to-back games against Mallorca and Osasuna but managed to return to winning ways last time out, beating Valencia 2-1 at home, with Isi Palazon’s early effort and an own goal from Nico Gonzalez helping the capital outfit overcome Gennaro Gattuso’s team. Their 2-1 victory at San Mames last term should give them confidence heading into this match.

Meanwhile, Athletic finished eighth in Spain’s top flight last season, but they were fourth in 2013-14 and fifth in 2015-16, and a European challenge this term cannot be ruled out, as there have been positive signs early in the season. The Lions have won three, drawn one and lost one of their five matches to collect 10 points, which has left them in sixth position in the table, having only conceded twice in Spain’s top flight this term.

Valverde’s side started their campaign with a goalless draw at home to Mallorca before winning their next two against Valencia and Cadiz, scoring five times in the process and keeping two clean sheets. Athletic then lost 1-0 at home to Espanyol on September 4 but managed to return to winning ways away to Elche last time out, recording a 4-1 victory.

The implied probability for these two teams attached to the betting lines has Athletic at a 64.29% chance of winning the game, meanwhile Rayo has 14.81% probability of finishing the game with the W.