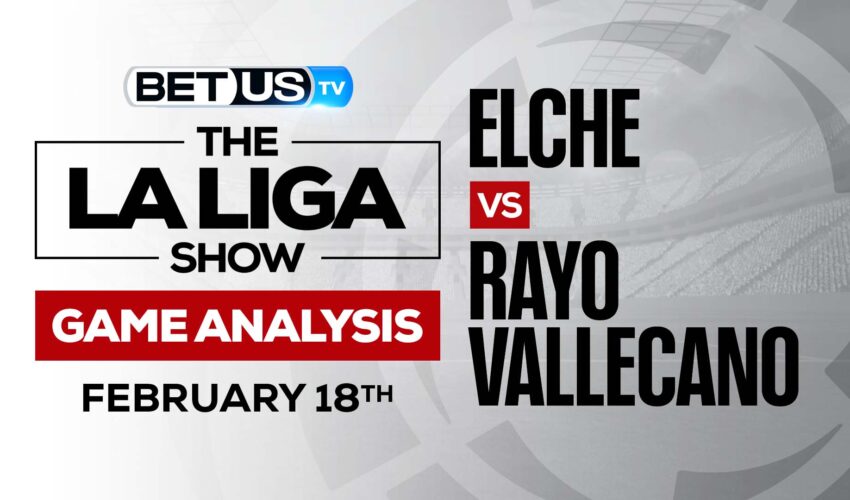 Rayo Vallecano will be looking to end a run of three straight defeats in Spain’s top flight league when they return to their campaign away at Elche on Friday, February 18. Join our La Liga capping experts as they deliver their best bets ahead of this La Liga Matchday 24 fixtures. Sign-up at BetUS TODAY and get a 125% sportsbook bonus up to $2500 by using the Promo Code BETUSTV125. Terms and Conditions apply.

Elche had a really tough start to the season, but they have picked up dramatically since the New Year, losing just once in six games in 2022. New manager Francisco took charge back in November and he has won seven of his 13 matches so far, including three from their last four on home soil. Their only defeats at Estadio Manuel Martínez Valero have come at the hands of high-flying Real Madrid and Real Betis. Rayo Vallecano had a stunning first half to the season, but it was largely an impregnable home record that had them flying high, and even that has taken a hit of late thanks to successive defeats. Rayo Vallecano have only won once on the road in the league this season.