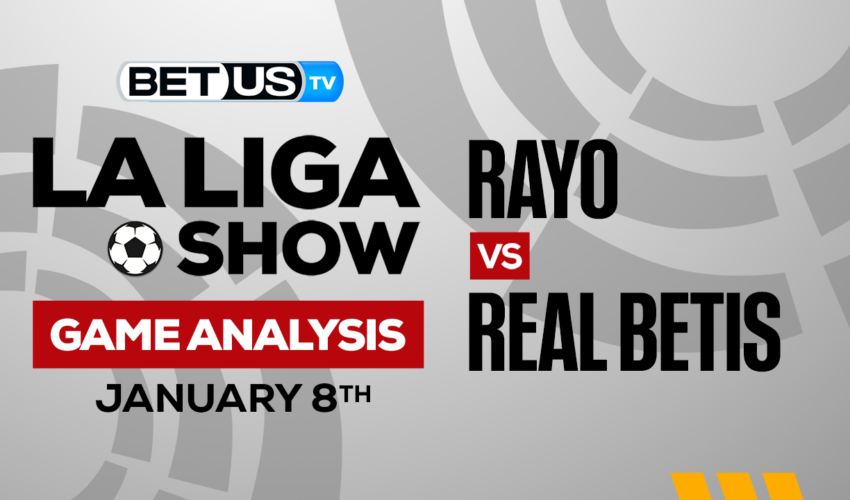 The 2022-23 La Liga season resumes with a lot of exciting matches, and this encounter between Rayo Vallecano and Real Betis won’t be the exception. Andoni Iraola’s side scored a 2-2 tie against Girona in their last league match, while Real Betis similarly had a draw against Athletic Club at Benito Villamarin Stadium.

A fourth victory in their last eight league games would move Rayo Vallecano over Real Betis in the standings, therefore they will put their all into this match in addition to trying to extend their seven-game La Liga winning streak. They are currently 8th place in the standings with 23 points, picking up a win here would propel them all the way to 5th place if the stars align in their favor.

The fact that Andoni Iraola’s team has drawn too many games this season, including two of their previous four at Campo de Fútbol de Vallecas, is essentially the only thing hindering them. Both of those games were tied at 0-0, but they haven’t lost at home since their season’s first encounter there, winning four of the subsequent 12 games.

Real Betis, on the other hand, appears to be having difficulty traveling this season, collecting just two victories from seven efforts while losing three times. Even though only one of their previous six La Liga matches for Manuel Pellegrini’s team has resulted in victory, they are still very much in contention for a spot in Europe.

Therefore, it also appears that this game is one that they have to win no matter how they do it, especially after they drew 0-0 with Athletic Bilbao at home in their first match following the World Cup. Manuel Pellegrini has a lot of responsibility heading into this game, but considering all the experience he has under his belt, he and his team might be able to pull-off something in this game.

The implied probability for these two teams attached to the betting lines have Rayo Vallecano at a 43.48% chance of winning the game, meanwhile, Real Betis have 30.77% probability of finishing the game with the W.