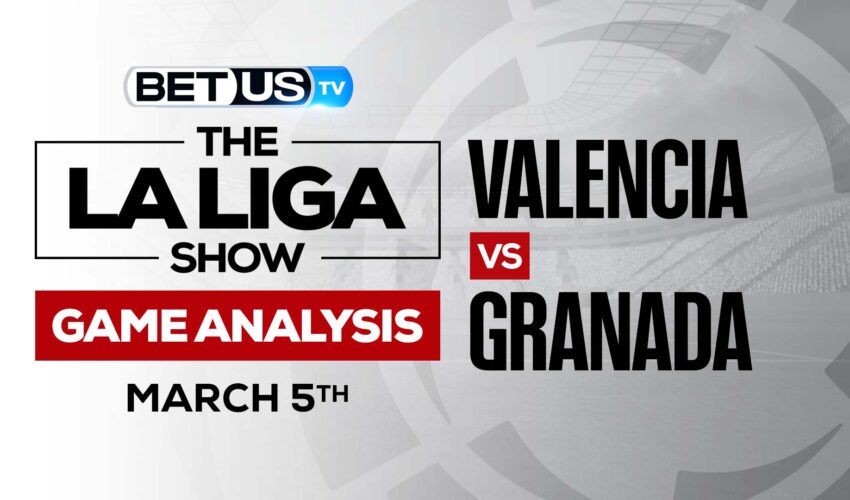 Fresh from booking their spot in the Copa del Rey final, Valencia will be bidding to make it back-to-back La Liga victories when they host Granada on Saturday evening, March 5. Join our La Liga capping experts as they deliver their best bets ahead of this La Liga Matchday 27 fixtures. Sign-up at BetUS TODAY and get a 125% sportsbook bonus up to $2500 by using the Promo Code BETUSTV125.Terms and Conditions apply.

Los Che is currently ninth in the table, 11 points behind sixth-placed Real Sociedad, while Granada sits 17th, just four points clear of 18th-placed Cadiz on the same number of games. Valencia will be present in the final of this season’s Copa del Rey, having recorded a 1-0 victory over Athletic Bilbao in the second leg of their semi-final on Wednesday, which gave them a 2-1 aggregate success. Valencia recorded a 2-1 win over Granada in the corresponding match during the 2021-22 campaign, but the points were shared in a 1-1 draw when they locked horns for the reverse fixture earlier this season. Granada, meanwhile, managed to end a five-game losing run in Spain’s top flight by claiming a point in a goalless draw with Cadiz on Monday night. Granada has only won one of their 13 away league matches this season but has suffered just six defeats.

Kick back with BetUS’s host, Gordon “Flash” Watson, who’ll be hanging out with our soccer experts, Pavlos Laguretos and Roman de Arquer to discuss the latest La Liga odds and hook you up with their hottest La Liga picks for La Liga Matchday 27.