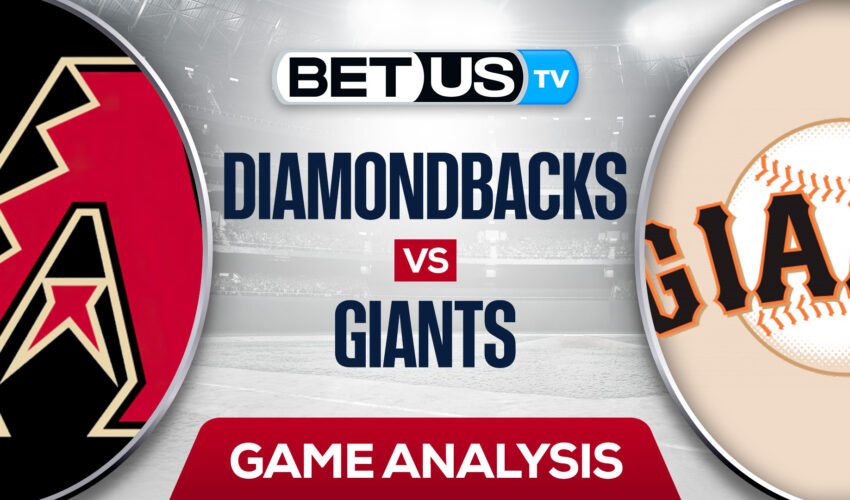 Yesterday, the Arizona Diamondbacks managed to bounce back into the four-game series against the San Francisco Giants after picking up a very important 3-2 win at MetLife Stadium.

The Diamondbacks have been one of the worst teams in baseball overall this season, but it has still shown some the ability to compete since the All-Star break. The Diamondbacks suffered a three-game sweep against Atlanta and then added a loss to Cleveland, but they won 8 of their following 12 games.

Their offense has struggled this season, ranked No. 26 in the majors in batting average at .228. Second baseman Ketel Marte has 96 hits, while right fielder Daulton Varsho has 91 hits. They will be facing a San Francisco pitching staff that is No. 17 with an ERA of 3.90 The Diamondbacks are 10.5 games back of the final National League Wild Card spot.

On the other hand, San Francisco got off to a terrible start to the second half of the season, losing 12 out of 15 games. The Giants have bounced back with a strong stretch since then, winning eight of their last 10 games.

They swept Pittsburgh in a three-game series last weekend before taking the first two games of this series. San Francisco has only allowed more than three runs twice during its last eight wins. They are 21.5 games behind Los Angeles in the National League West, but they are only 4.5 games out of the final NL Wild Card spot.

Logan Webb is heading to the mound today, making his 25th start of the season for the San Francisco Giants. He is currently holding a 11-5 record with a 3.00 ERA and a 1.13 WHIP over 150 innings pitched while striking out 124 batters.

Let’s check the latest MLB picks, news, stats and MLB expert picks for Diamondbacks vs Giants. We’ve plenty of MLB predictions for you to consider

The implied probability for these two teams attached to the betting lines have Diamondbacks at a 44.44% chance of winning the game, meanwhile Giants have 58.33% probability of finishing the game with the W.