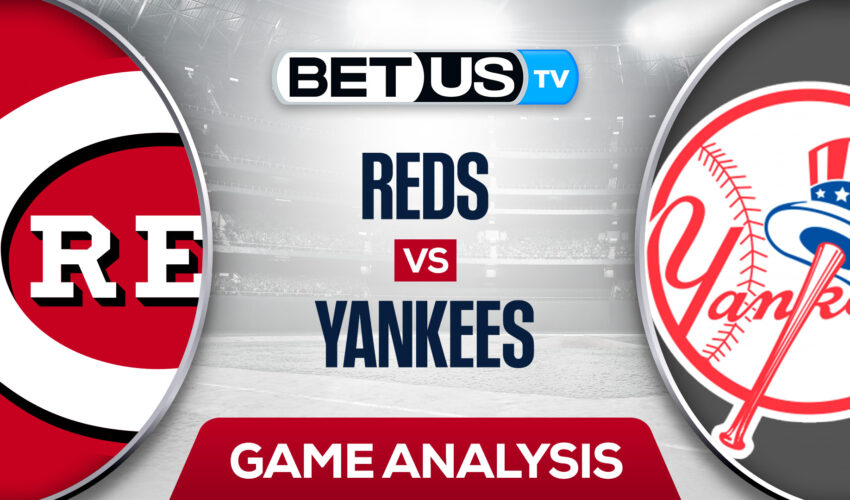 After pulling off a huge upset against the Tampa Bay Rays, the Cincinnati Reds square up against the New York Yankees for the first encounter of a three-game series at Yankee Stadium.

On the other hand, even though the Yankees are currently leading the MLB, they are coming off a four-game split with the Boston Red Sox. This is going to be a very interesting match to watch as these teams haven’t played against each other since 2017, when the Yankees took 3 of 4 in the season series.

While the Cincinnati offense showed a lot of improvement over the season, it’s still only averaging 4.27 runs per game on a .687 OPS. The main protagonist is Brandon Drury, who is having a career year to lead the Reds offense with an .873 OPS, 18 homers, 50 RBI and 53 runs. Unluckily for them, they are facing the Yankees who’s pitching staff currently ranks 3rd in the league with a 3.04 collective ERA.

On the other side, Graham Ashcraft gets the nod for the Cincinnati Reds. Throughout 9 starts, Ashcraft carries a 4-2 record with a 4.25 ERA and a 1.29 WHIP over 49.2 innings pitched. Last Wednesday, the 24-year-old rookie gave away 10 hits across 6 frames against the New York Mets, allowing 2 runs and not a single walk while striking out 1

The implied probability for these two teams attached to the betting lines have Yankees at a 75.00% chance of winning the game, meanwhile Reds have 29.41% probability of finishing the game with the W.