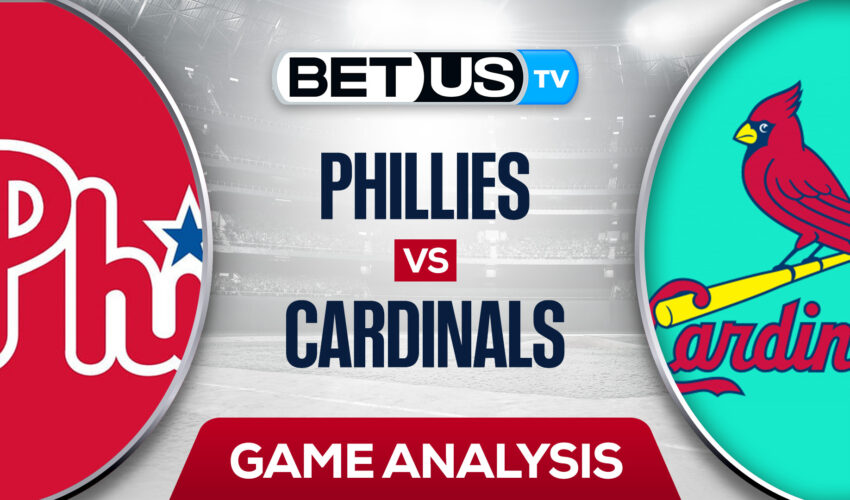 Today the Philadelphia Phillies and the St. Louis Cardinals kick off their four-game set at Busch Stadium. Unluckily for all their fans out there, the Cardinals are having a really rough time this season, and it’s a bit hard to pinpoint what they are failing at.

Their Cardinals’ pitching staff seems to be getting most of the attention as some of their starting pitchers are having atrocious games. But we can’t forget about their offense, as they have scored only 17 runs across seven games this month. Their ray of light is Paul Goldschmidt, who is a hit machine, leading the NL in batting average, on-base percentage and OPS.

On the other hand, the Philadelphia Phillies have won 5 of their last 7 games. Rhys Hoskins, who is the reigning National League Player of the Week, had an RBI double in their game yesterday and is hitting excellently. Kyle Schwarber was another one of their key players in their last series. He had 2 multi-homer games against the Washington Nationals and he’s homered 9 times in his past 14 games.

The St. Louis Cardinals will send one of their most iconic pitchers to the mound today. Adam Wainwright is making his 17th start for the Cardinals. He holds a 6-6 record with a 3.26 ERA and a 1.27 WHIP over 96.2 innings pitched. But it looks like he doesn’t fare well against the Phillies as Hoskins and Realmuto have a total of 15 hits in 29 at-bats versus him.

Zack Wheeler will be the one matching up against Adam Wainwright, which makes up for a very exciting duel. Wheeler carries a 7-4 record with a 2.66 ERA and a 1.07 WHIP over 88 innings pitched. His recent performances have been amazing, authoring a 1.67 across his last 12 starts

The implied probability for these two teams attached to the betting lines have Cardinals at a 46.95% chance of winning the game, meanwhile Phillies have 55.16% probability of finishing the game with the W.