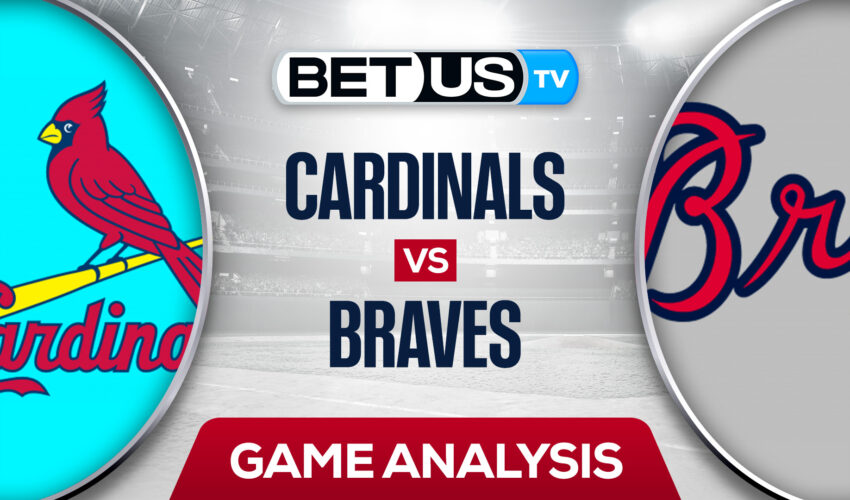 Let’s check the latest MLB picks, news, stats and MLB picks today for Cardinals vs Braves. We’ve plenty of MLB predictions for you to consider.

The Atlanta Braves host the St. Louis Cardinals at Truist Park to start a very important four-game series as these two teams are just 2 games away from each other in the standings.

The Braves have won 6 out of their last 10 games, and their last loss was against the Philadelphia Phillies on Thursday, where they scored only 4 runs against the Phillies’ 14. Atlanta ranks 3rd in OPS at .755, and Ronald Acuña Jr. is finally back, recording multiple hits in two of three games against the Reds over the weekend.

On the other hand, the St. Louis Cardinals won only 1 out of their last 4 games, and lost their weekend series against the Phillies. Their offense has been looking good as they have the 6th-best batting average at .253 and Paul Goldschmidt has the 2nd-most RBIs in the MLB with 65 this season.

Dakota Hudson is making his 16th start of the season for the St. Louis Cardinals. He is holding a 6-4 record with a 3.83 ERA and a 1.35 WHIP over 80 innings pitched. He is coming off an appearance where he allowed 3 runs over 5 innings in a 5-3 victory over the Miami Marlins.

Atlanta is sending out Kyle Wright, who is making his 16th start of the season, which should give us a very interesting pitching matchup. Wright carries a 9-4 record with a 3.03 ERA and a 1.14 WHIP over 92 innings pitched. On Wednesday, he threw 7 innings against the Philadelphia Phillies and picked up a win after allowing a run on 3 hits and 3 walks while striking out four.

Even if the Atlanta Braves have been one of the hottest teams in the league since the start of June, they have gone 6-4 and St. Louis 4-6, but if you consider that the Braves has outscored its opponents by 3 runs and St. Louis has been outscored by just 1 run, it wouldn’t be crazy at all to see the Cardinals picking up a win today.

The implied probability for these two teams attached to the betting lines have Braves at a 62.26% chance of winning the game, meanwhile Cardinals have 40.82% probability of finishing the game with the W.