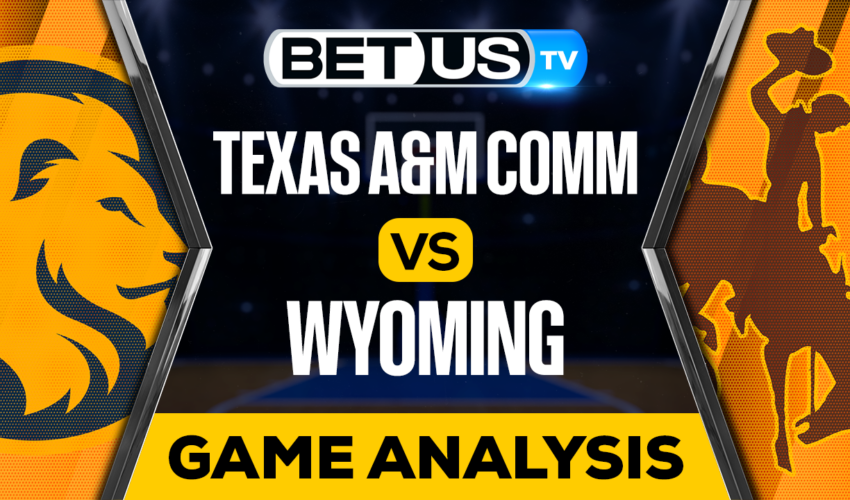 The Wyoming Cowboys will be trying to snap a four-game losing streak when they play host to the Texas A&M-Commerce Lions on Tuesday at Arena-Auditorium. The Lions will look to bounce back from an 84-75 defeat to Denver in their last outing, while the Cowboys are coming off a recent 66-58 loss to Grand Canyon.

Hunter Maldonado is leading the Cowboys in terms of scoring, averaging 14.3 per game along with 4.6 rebounds while Noah Reynolds has 10.1 points per game as the only other double-digit scorer for Wyoming up to this point in the 2022-23 season.

Meanwhile, Jake Kyman’s confidence definitely received a boost after scoring a season-high 16 points off 38% shooting. Against Grand Canyon, Kyman picked up 16 points of his own, 6 rebounds and 1 assist in their loss. The junior has been playing decently throughout his first eight games after arriving all the way from UCLA.

Demarcus Demonia is leading the Lions in scoring and also rebounding with 16 and 5.4 points and rebounds per game respectively. Kalen Williams also carries double-digits at 10.7 PPG for the Lions so far this season. CJ Roberts has 9.4 ppg of his own, with a team-high 2.9 assists per game to lead his team in assists.

This is expected to be a close match and there is a case to be made for either team in this game, but Wyoming has looked a bit better. The Cowboys might as well be considered to be just the better team in this one.

The implied probability for these two teams attached to the betting lines has Texas A&M Commerce at a 16.95% chance of winning the game, meanwhile Wyoming has 87.50% probability of finishing the game with the W.