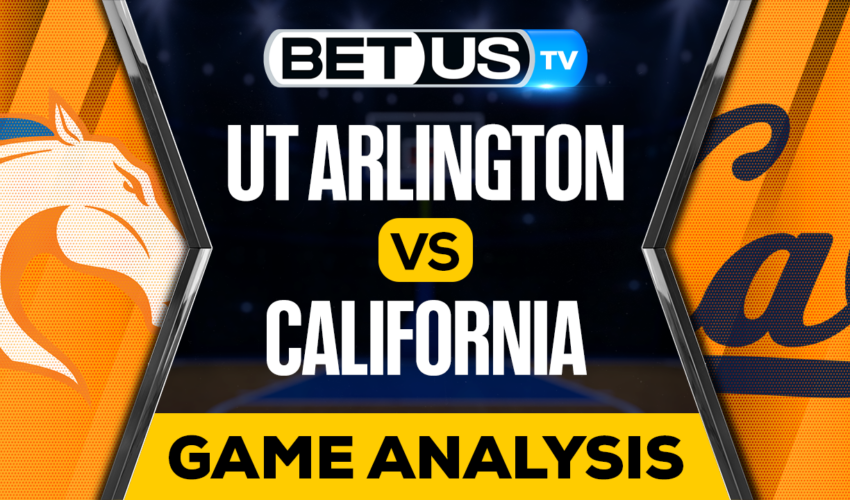 Today, the Texas-Arlington Mavericks and California Golden Bears are facing off against each other at Haas Pavilion in one of the last non-conference games of the 2022-23 NCAAB regular season. In their last game, the Mavericks defeated San Francisco 68-63. Meanwhile, the Golden Bears were taken down 71-62 by Santa Clara in their last outing.

In their five-point victory against the Dons, the Mavs picked up their first win while playing away on 45.6% shooting at the basket. UT-Arlington led by nine at halftime and did enough to hold off San Francisco in the second half. The Mavericks managed to out-rebound the Dons 40-28, picking up 13 offensive rebounds.

In their last encounter against Texas State, UT-Arlington shot 49% at the basket, but lost the ball a whopping 16 times and made just 4-of-13 baskets from long range. The Mavs were down 33-24 by halftime, and 41 second-half points were not enough to complete the comeback. Junior guard Kyron Gibson led the scoring march with 19 points on 8-of-16 shooting.

Now looking at the other side, Cal remains winless, and with the Pac-12 on the road, getting their first win will be a challenge. The Golden Bears are one of the most inefficient teams in the nation, scoring 58 points on 39.4% shooting from the field. They also struggle quite a lot at the three-point line (26%).

In their last loss, the Bears shot 44.9% from the field, but were outrebounded 36-24 and gave up 13 offensive rebounds. Cal also lost the ball 17 times. Santa Clara held Cal to 25 points in the first half, taking a nine-point lead into the break. Joel Brown led his team scoring 13 points and 6 assists.

California has only been in one close match as of recently, and it was a disappointing loss to Eastern Washington. In that game, Cal scored 20 points in the first half and couldn’t take advantage of the Eagles’ poor shooting in a 50-48 loss. It was EWU’s first road game this season so far and its fifth win over a Pac-12 opponent in program history.

Let’s check the latest NCAAB picks, news, stats and NCAAB expert picks for UT Arlington vs California. We’ve plenty of NCAAB predictions for you to consider.

The implied probability for these two teams attached to the betting lines has UT Arlington at a 38.02% chance of winning the game, meanwhile California has 65.52% probability of finishing the game with the W.