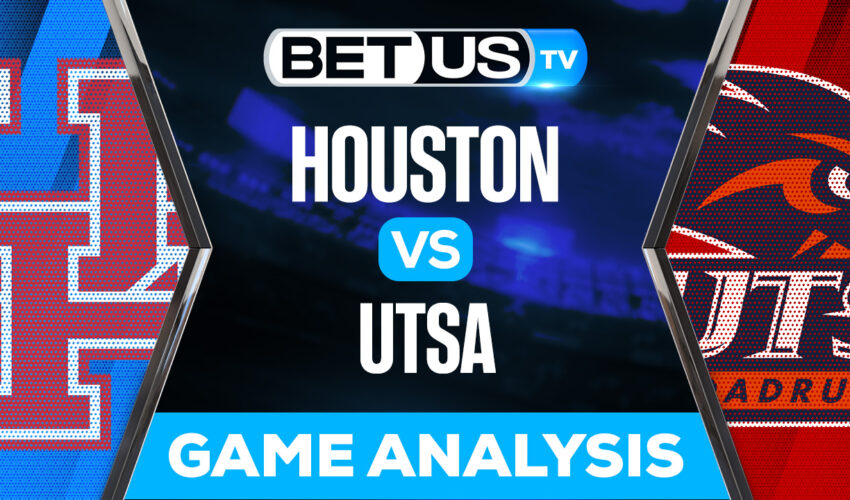 It’s a non-conference clash between a pair of programs from the Lone Star State when a member of the AAC battles one from Conference USA in the season opener for both teams. The #24 Houston Cougars are on the road as they make the in-state trek to face the UTSA Roadrunners Saturday afternoon. Houston finished the 2021 season with a 12-2 record and capped their season with a 17-13 win over Auburn in the Birmingham Bowl. UTSA turned in a stellar season in 2021, going 12-2 themselves, though their season came to an end with a 38-24 loss to San Diego State in the Frisco Bowl.

Last season, Houston lost their opener, won 11 in a row, then lost the AAC title game to Cincinnati, who ended up crashing the College Football Playoff. The Cougars shrugged off that defeat to beat Auburn in the Birmingham Bowl to finish with a dozen victories, the most since the 2015 team went 13-1. Houston brings back six starters on offense, even with losing Alton McCaskill with a torn ACL in spring practice, and they added several wide receivers in the transfer portal. The Cougars have to reload on defense though they have plenty of talent on the defensive line, which they call “Sack Avenue”.

UTSA was a big surprise last season, opening the season with 11 straight wins to clinch the West Division title of Conference USA. They dropped their regular season finale to North Texas before bouncing back to outshoot Western Kentucky in the Conference USA title game. They were knocked off in the Frisco Bowl by San Diego State to finish the year on a down note. UTSA brings back a slew of offensive starters, with eight starters due back this season, including their quarterback, all three starting receivers and four starting offensive linemen.

The implied probability for these two teams attached to the betting lines has UTSA at a 37.74% chance of winning the game, meanwhile, Houston has 65.52% probability of finishing the game with the W.