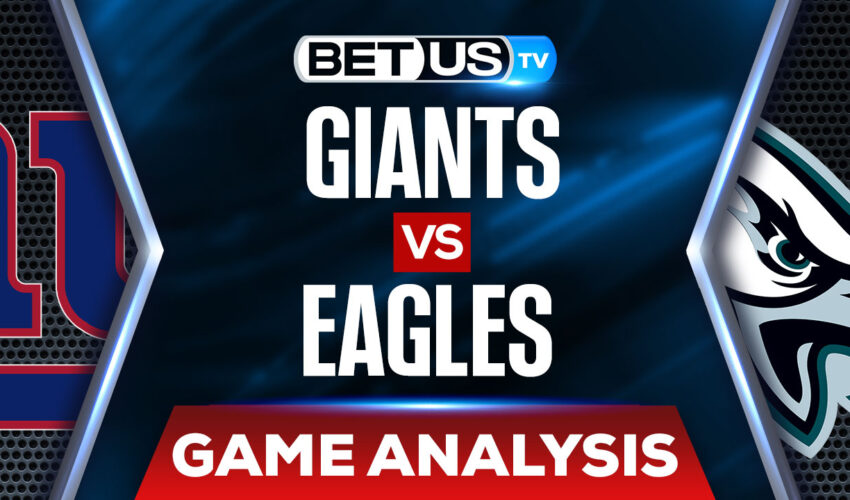 The New York Giants and Philadelphia Eagles will face off in a division game. These teams often play each other close regardless of their respective records. Get the winning picks for the game at BetUS TODAY and get 125% BONUS to bet NFL lines. Use the NFL Promo Code NFL2021 – T&Cs Apply.

The New York Giants are sputtering to the finish line after losing QB Daniel Jones for the season with a neck injury. His backup, Mike Glennon, hasn’t been impressive in relief. The fans are calling for rookie QB Jake Fromm. The Giants head coach Joe Judge has yet to make a decision. What can we expect from a team finishing out a disappointing season?

The Philadelphia Eagles have won 4 of their last 5 to make a late playoff push after a disappointing start. The Eagles have been using a strong rushing attack combined with the mobility of their starting QB Jalen Hurts to punish opposing defensive lines. Will the Giants be the latest victims of the Eagles’ hard-nosed attack?

Catch up with BetUS’s host, Matt Landes, who’ll be joined by experts, Las Vegas Cris and Scott Kellen to preview this Christmas day football matchup and hook you up with their NFL picks and best bets for this game.