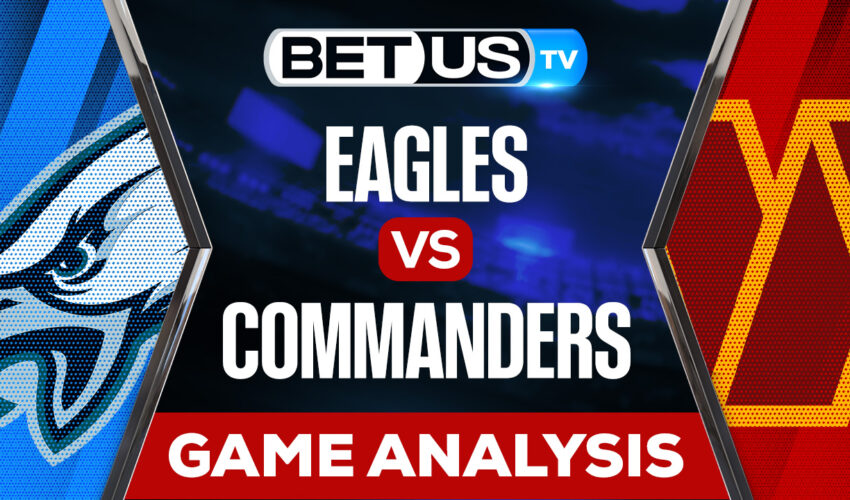 The Philadelphia Eagles and the Washington Commanders meet Sunday in NFL action from FedEx Field. Philadelphia is coming off a Monday matchup versus the Vikings. In that one, the Eagles secured a 17-point win. As for the Commanders, they’re sitting at 1-1 after a loss to the Lions last weekend.

Philadelphia took on the Lions in their 2022 opener, and it turned into a close game. The Eagles were up 38-21 going into the final quarter and hung on for the 38-35 win. QB Jalen Hurts put up 243 yards with a rush TD, and Miles Sanders ran for 96 yards and a TD off 13 carries.

In game two versus the Vikings, the Eagles posted all of their points in the first half during a 24-7 victory. Hurts finished with 333 pass yards, one TD and one pick while also rushing for a pair of scores and 57 yards.

Over on the Washington side, they kicked off the year with a matchup versus the Jaguars. The Commanders posted 14 points in the fourth quarter during a 28-22 victory. QB Carson Wentz managed 313 yards with four scores and two picks along the way to the win.

In game two versus the Lions, Washington was down 22-0 by the break. The Commanders got better in the second half but still lost 36-27. Wentz was 30-of-46 for 337 yards, three scores and an INT. Curtis Samuel was the top receiver with his 78 yards and a TD on seven catches.

Washington does have some issues to work on, though. They gave up 425 yards to the Lions in their week two loss, but overall the offense wasn’t terrible. The Commanders posted 396 yards of their own, with 21 first downs and just two penalties. It’s a small sample size, but they’ve scored at least 27 points in both games so far.

As for Philly, they looked pretty impressive in game two, posting 486 total yards, 25 first downs and 7.1yards per play. Nothing happened scoreboard-wise after halftime though, and there are a few things to clean up. This should be a fun matchup.

Let’s check the latest NFL picks, news, stats and NFL expert picks for Eagles vs Commanders. We’ve plenty of NFL predictions for you to consider.

The implied probability for these two teams attached to the betting lines have Eagles at a 74.36% chance of winning the game, meanwhile Commanders have 29.41% probability of finishing the game with the W.