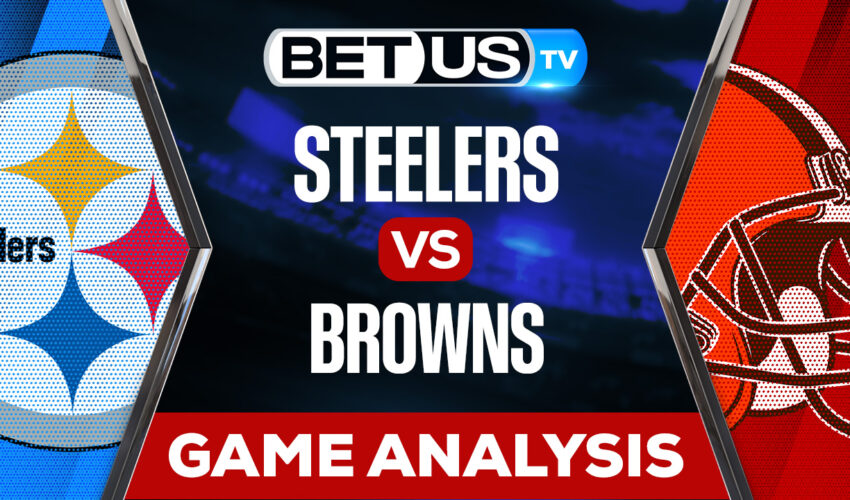 Pittsburgh and Cleveland will both be looking to bounce back from disappointing losses when they square off in an AFC North battle. The Steelers opened the season with an overtime win at Cincinnati before losing to New England at home last week. Cleveland had a chance to improve to 2-0, but it gave up two touchdowns in the final 1:30 of its game against the Jets.

Cleveland fans had to temper their expectations this season as well after quarterback Deshaun Watson was dealt a lengthy suspension before the campaign began. The Browns moved on from former quarterback Baker Mayfield in favor of Watson, but he is going to miss more than half of the season. They are currently replacing him with backup signal caller Jacoby Brissett, who led the team to a 26-24 win over Mayfield and the Panthers in Week 1.

They were not as fortunate in Week 2, as they blew another big lead and did not have time to recover. Cleveland had a 30-17 lead over the Jets with less than two minutes remaining, but New York scored a touchdown, recovered an onside kick and scored another touchdown to win the game. Despite that crushing loss, the Browns rank ninth in the NFL offensively, averaging 380.0 yards per game.

On the other hand, Pittsburgh is in uncharted territory this season, playing without veteran quarterback Ben Roethlisberger for the first time in nearly 20 years. The Steelers were able to get off to a strong start to the post-Roethlisberger era when they survived several late scoring chances from Cincinnati and eventually notched a 23-20 win in overtime.

They were not as fortunate in Week 2, as New England took the lead in the second quarter and never relinquished it in a 17-14 final. The Steelers have struggled to get the offense going with Mitch Trubisky at quarterback, as he has completed just 59.2% of his passes for 362 yards and two touchdowns.

Let’s check the latest NFL picks, news, stats and NFL expert picks for Steelers vs Browns. We’ve plenty of NFL predictions for you to consider.

The implied probability for these two teams attached to the betting lines have Browns at a 67.74% chance of winning the game, meanwhile, Steelers have 36.36% probability of finishing the game with the W.