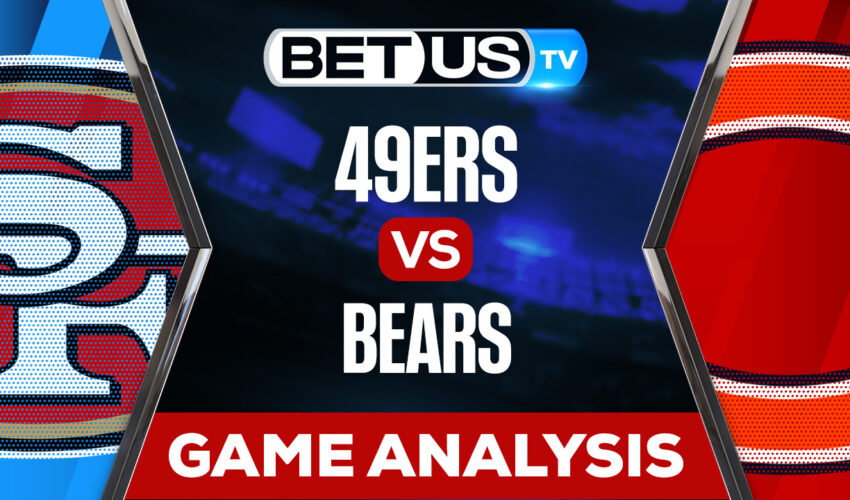 The San Francisco 49ers take a trip to Soldier Field, where they’ll kick off their 2022 NFL Season against the Chicago Bears. Let’s get it out of the way, the 49ers should be looked at as a considerable favorite against Chicago, and there are a few good reasons for this. The Bears have a new head coach, Matt Eberfus, and a second-year quarterback that is lacking go-to weapons around him. They also brought in a new offensive and defensive coordinator, so 2022 may be another down year as they continue this rebuild.

Now looking at San Francisco, Trey Lance will be the starter in Week 1, with Jimmy G his backup after the Niners failed to find a trading partner. Lance’s leash could be very short because the 49ers know they can win with Jimmy G. For the 49ers, DeMeco Ryans took the reins of the defense in 2021 and did not disappoint. In 2021, he led the ninth-ranked defense in points allowed and the third-ranked defense in yards allowed. Ryans set the expectation early that they would be more aggressive with blitzes than they were under Saleh.

On the other side, it’s undeniable that the Bears will need to make up for the talent deficit in this game. They can do that with a good scheme coming from Luke Getsy and by executing on a solid game plan by Justin Fields that puts the defense into situations the Bears can capitalize on. That means it will be a chess match between Getsy and Ryans off the field, and a chess match between Fields and Warner on the field. The Bears will need to out-scheme and out-execute their opponents a lot. This will be the first test and it will give us a good idea on what to expect from them this season.

Let’s check the latest NFL picks, news, stats and NFL expert picks for 49ers vs Bears. We’ve plenty of NFL predictions for you to consider.

The implied probability for these two teams attached to the betting lines have Bears at a 28.57% chance of winning the game, meanwhile, 49ers have 75% probability of finishing the game with the W.