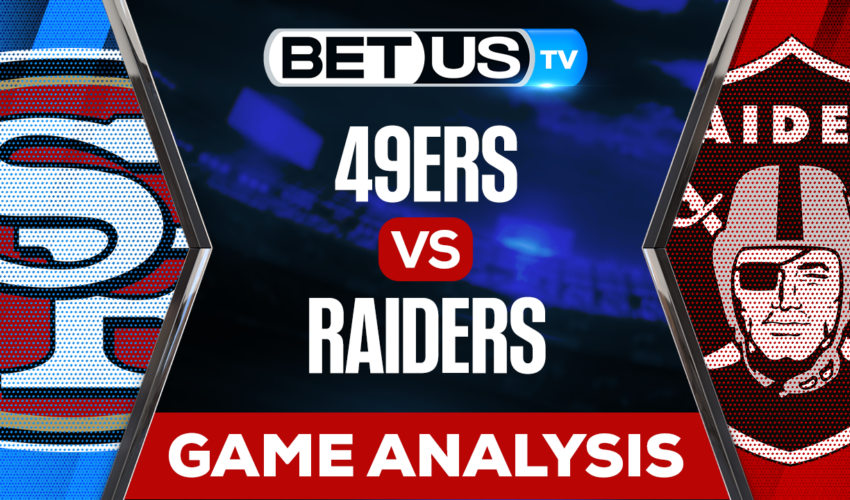 The qualifiers for the postseason begin to be defined and with whom they start as favorites. This next Sunday, January 1, we will have an excellent game between a team that has already secured its place in the postseason and another that needs victory to continue fighting for the pass. We refer to the game between the San Francisco 49ers and Las Vegas Raiders.

The Las Vegas team came from having lost their last game played against the Pittsburgh Steelers by a score of 13-10. However, in their last 5 games played they have a 60% performance, which speaks highly of the work that the team has been doing in recent games. Its main figures, such as Dereck Carr, who is the passer leader, Josh Jacobs, rushing yards leader, and Davante Adams, receiver leader, have had an increase in their performance, which has greatly benefited the team. They currently sit in third position in the American Conference West with a .400 PCT and a losing 6-9 record, which leaves practically no chance of qualifying.

For its part, the San Francisco 49ers team looks unstoppable in the national conference. They are on a streak of 8 consecutive games without defeat. The last one was on October 23 when they were defeated by the Kansas City Chiefs by a score of 44-23. Despite the fact that San Francisco is one of the teams that has suffered the most injuries, losing its main QBs and important figures such as Deebo Samuels and Elijah Mitchell, the team has known how to cope with this situation and position itself as one of the favorite teams to arrive to dispute the conference title. The 49ers have the best defense of the season, which has only allowed an average of 15.3 points per game. They are currently in first position in the West of the national conference with a positive record of 11-4 and already with a berth secured in the postseason.

According to the statistics, the clear favorite to win the game is the San Francisco 49ers team, which has a 54.9% chance of winning, against 44.5% for the Las Vegas Raiders team.

Let’s check the latest NFL picks, news, stats and NFL expert picks for 49ers vs Raiders. We’ve plenty of NFL predictions for you to consider.

The implied probability for these two teams attached to the betting lines have Raiders at a 20.62% chance of winning the game, meanwhile 49ers have 83.33% probability of finishing the game with the W.