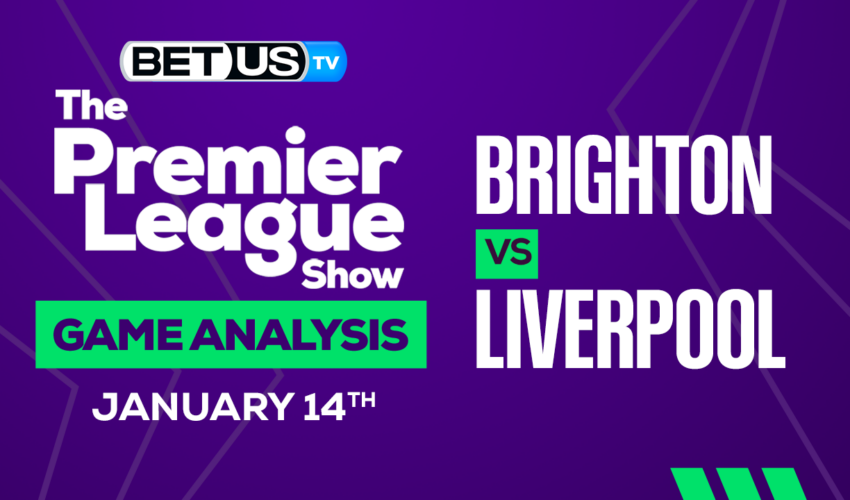 Activity continues in the Premier League and this Saturday, January 14, we will have an interesting game between two teams that are still fighting to get into the European competition positions. This is the game between Brighton and Liverpool.

The Brighton team continues to put pressure in the middle of the standings and continues to dream of getting into positions in European competitions. Brighton come from having taken an important victory by a score of 1-4 against everton on January 3. Without a doubt, the team’s performance has been growing and in its last 5 games it has achieved 3 victories, for a performance of 60%. The team has found the perfect balance in Leandro Trossard, Pascal Gross and Joel Veltman, which has been seen in the last few games. But not everything is good news for the team, since for this game one of its main figures, Leandro Trossard, is doubtful due to a knee injury. The Brighton team is in eighth position in the Premier League with 27 points.

Liverpool has worn one of its weakest versions in recent years in the Premier League. They come from losing their last game against the Brentford team by a score of 3-1 on January 2. Jurgen Klupp’s team has not found a way to emerge in this Premier League season. In their last 5 games, Liverpool has barely achieved a 50% performance, which has been reflected in the positions. Currently the team is in sixth position with a total of 28 points. Only one point above his rival this Saturday.

In the duels between the two teams, everything is even, since in the last 5 games there has been a victory for each one and 3 draws. Despite this, the clear favorite to win the game is the Liverpool team. We’ll see if Brighton manages to surprise and win at home, the American Express Community Stadium.

The implied probability for these two teams attached to the betting lines has Brighton at a 28.99% chance of winning the game, meanwhile Liverpool has 48.78% probability of finishing the game with the W.