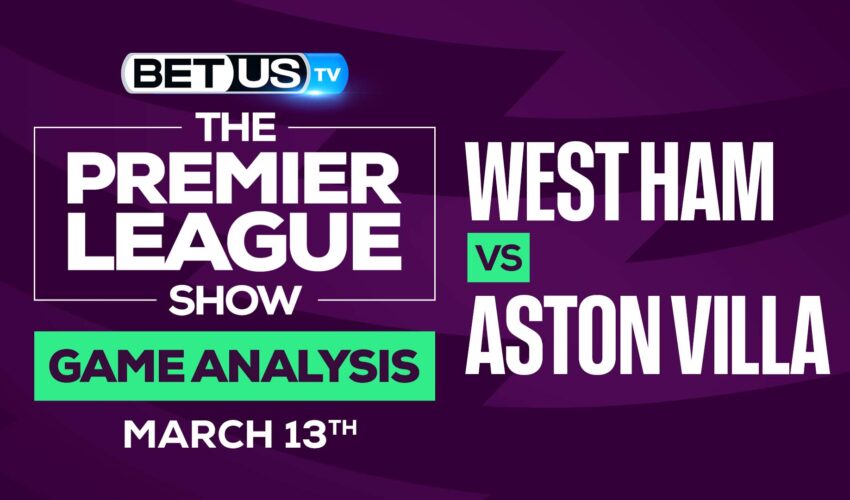 After dropping seven points in their last four games, West Ham will be eager to return to winning ways on Sunday against Aston Villa. Join us as our top Premier League capping experts deliver their best bets, soccer predictions, and free tips ahead of this Matchday 29 fixtures. Sign-up at BetUS TODAY and get a 125% sportsbook bonus up to $2500 by using the Promo Code BETUSTV125. Terms and Conditions apply.

The Hammers failed to secure a much-needed three points last weekend as they lost 1-0 to Liverpool on the road. They are now out of the Champions League spots sitting sixth in the standings with 45 points picked up in 28 games. They have a busy schedule till the end of the season packed with domestic fixtures but also Europa League games. Aston Villa is sitting comfortably in the middle of the table. It would take something absolutely extraordinary to see them relegated but they’re 12 points behind the European slots, which realistically puts them out of contention. The Under 2.5 has landed in 53.8% of Villa’s games on the road, but that’s slightly flawed given it includes some heavy defeats before Steven Gerrard took over.