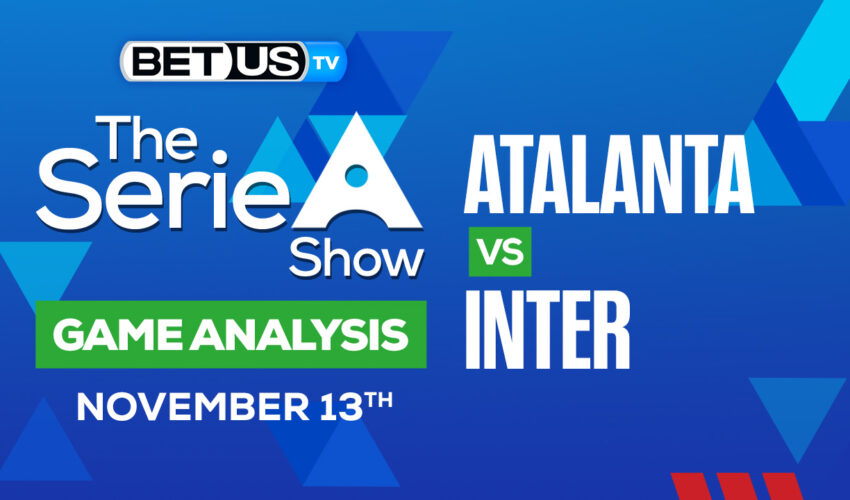 This date 15 of series A brings us a very interesting game between two teams that are fighting to get into European positions and that come to this game on equal terms. Game to be played next Sunday, November 13. We are talking about the game between Atalanta who will be hosting Inter Milan.

The home team, Atalanta come from a streak of two consecutive losses, one against Napoli by a score of 1-2 and in their last match against Lecce by a score of 2-1. Without a doubt, two defeats that put them in a situation of pressure, since they need the 3 points to stay in positions of European competitions. Their last victory in series A was on October 30 when they defeated Empoli by a score of 0-2. Currently the Atalanta team is in fifth position in the standings with 27 points, which is leaving it in UEFA Europa League positions for the following season.

But his rival this Sunday is also forced to get the 3 points if he wants to stay in the top of Serie A. Inter Milan comes from a comfortable victory the previous date against Bologna, when he achieved a victory by a score of 6-1. In addition to this, those led by Simone Inzaghi arrive motivated after having qualified for the round of 16 of the UEFA Champions League where they will face FC Porto. The team from the city of Milan is in fourth place in the Serie A standings with a total of 27 points, in UEFA Champions League positions for the following season.

A match where both teams arrive with equal conditions and equal points, which makes us expect a great game for leaving the 3 points and overcoming their rival in the classification table.

Let’s check the latest Serie A picks, news, stats and Serie A expert picks for Atalanta vs Inter. We’ve plenty of Serie A predictions for you to consider.

The implied probability for these two teams attached to the betting lines has Atalanta at a 33.33% chance of winning the game, meanwhile Inter has 43.48% probability of finishing the game with the W.