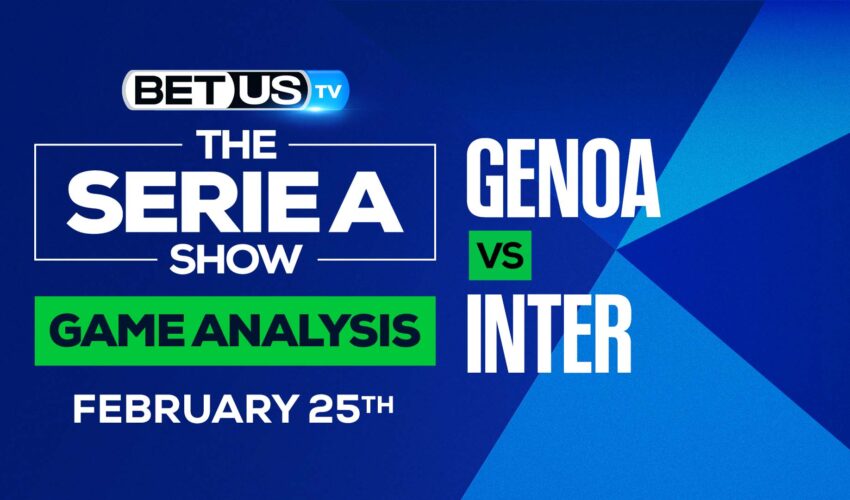 After their shock Serie A loss to Sassuolo at the weekend, Inter Milan looks to recover from a run of three defeats from five games in February, as they visit Genoa on Friday. Join our experienced Serie A cappers as they deliver their best bets ahead of this Serie A Matchday 27 fixtures. Sign-up at BetUS TODAY and get 125% BONUS. Use the Promo Code BETUSTV125.Terms and Conditions apply.

While defeat in the Milan Derby has triggered a downturn in fortunes for the Serie A reigning champs, relegation-threatened hosts have drawn each of their last four fixtures and maintain hope of pulling off a great escape. Inter begins as strong favorites to prevail at Marassi, where they have beaten Genoa on each of their last three visits. Indeed, Inter has won each of their last seven Serie A encounters with the Grifone by a stunning aggregate score of 25-0. Genoa has won just one match during the entire season failing to do so on home soil and scoring just nine goals in 12 home games. Genoa manager Alexander Blessin will be without centre-back Mattia Bani, while there are doubts over the availability of Belgian centre-back Zinho Vanheusden, attacker Roberto Piccoli and German midfielder Nadiem Amiri.

Come and hang out with BetUS’s host, Gordon “Flash” Watson, who’ll be joined by soccer experts, Mina Rzouki and Matt “Ice” Klett to discuss the latest Serie A odds and deliver to you their hottest Serie A picks for Serie A Matchday 27.

Watch the latest news regarding soccer bets as well as the best sports betting advice on the web, right here. We take a look at the teams and the latest betting trends to get you the best soccer predictions from our experts. Tune in as the Serie A season action continues.