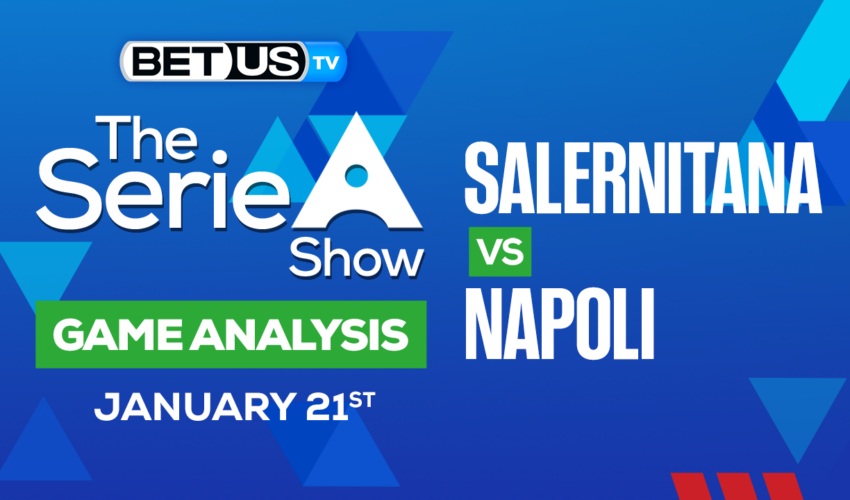 The Serie A continues and this Saturday, January 21, we will have a game between the leader and a team that fights not to get into the relegation zone. This is the game corresponding to date 19 of series A between Salernitana and Napoli.

The Salernitana team is stopping for one of its worst rejections of the season. They are currently in a streak of 6 consecutive games without being able to win, coming from having lost their last game by an 8-2 win against Atalanta, where they showed one of their worst versions of the season. Their last victory was on October 30 when they beat Lazio by a score of 1-3. After this last defeat against Atalanta, the coach Davide Nicola was fired from his position, so the team is left without a coach for this game, without a doubt a strong blow for the team that will have one of its most difficult games of the season. One of the team’s shortcomings has been its defense, which is one of the team’s most thrashed, receiving a total of 35 goals in 18 games. Salernitana is in sixteenth position in Serie A with 18 points.

SSC Napoli looks unstoppable this season. They come from an excellent victory against Juventus by a score of 5-1. Their last defeat was against Inter Milan by a score of 1-0 on January 4. The performances of players like Victor Ssimhen Piort Zielinski and Bartosz Bereszynski have been extremely important for the team that, with the passing of games, remains unattainable at the top of the standings. SSC Napoli is in the first position of Serie A with a total of 47 points, 9 points above its pursued AC Milan, which has 38 points.

In the last 3 matches between the two teams, SSC Napoli is the one who has managed to take advantage. Napoli have won 2 of 3 games against only one win for Salernitana. The leaders of Serie A are favorites to win this game against Salernitana both for the common games and for the performance shown by both teams this season.

Let’s check the latest Serie A picks, news, stats and Serie A expert picks for Salernitana vs Napoli. We’ve plenty of Serie A predictions for you to consider.

The implied probability for these two teams attached to the betting lines has Salernitana at a 10.26% chance of winning the game, meanwhile Napoli has 77.27% probability of finishing the game with the W.

Serie A SSC Napoli US Salernitana 1919