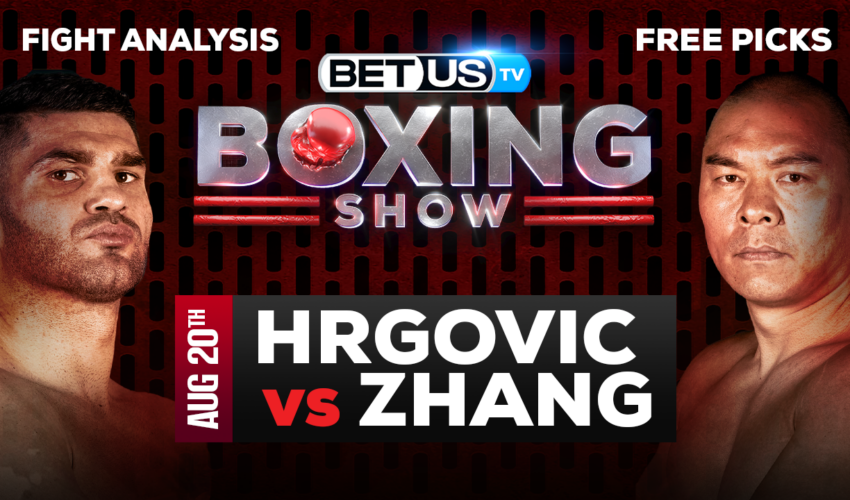 On Saturday, Filip Hrgovic vs. Zheili Zhang will battle it out for 10 rounds in the heavyweight division as the featured undercard event on the Anthony Joshua vs. Oleksandr Usyk card from Saudi Arabia. The bout, an IBF eliminator, was previously rescheduled from May this year, and these two heavyweights are battling for a future shot at the title.

The Croatian Hrgovic hopes his power and activity carry him to victory, and a lot of experts have him instilled as a massive favorite, while Zhang needs to command a huge performance here as the Chinese heavyweight heads into this fight as the underdog as he hasn’t inspired a lot of promise, but he’s a huge puncher in his own right.

The 39-year-old Chinese fighter has had a longer professional career, and recent activity has indicated he has no time left to waste. In a 2021 fight with Jerry Forrest, Zhang was out of gas right away and was bailed out by the judges with a majority draw. Following that bout, Zhang was hospitalized for low-level renal failure, yet he still fights on.

On the other hand, the always-attacking Hrgovic has stopped 12 of his 14 opponents, with the last two fights he’s had ending inside three rounds. He’s a busy heavyweight with good power and hasn’t been in a situation where his chin has been tested. That rushed attack sees him starting strong and hitting hard, being a relentless finisher if he feels he’s got his opponent hurt.

Whoever wins this fight will be closer to reaching a mandatory contender status for the winner of the main event. Not much has changed from when the fight was initially delayed as Hrgovic is a huge favorite. Zhang’s power cannot be counted out, however, especially as Hrgovic is going to be right in the range of his shots.

The implied probability for these two teams attached to the betting lines has Zhang at a 11.11% chance of winning the game, meanwhile, Hrgovic has 93.75% probability of finishing the game with the W.