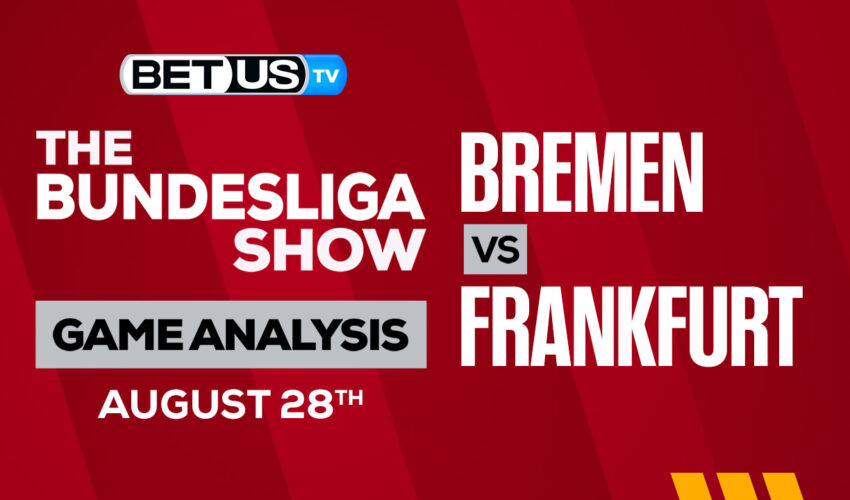 On Sunday, unbeaten Werder Bremen will try to keep the ball rolling when they face off against Frankfurt at wohninvest WESERSTADION. Werder maintained their unbeaten start to the season with a stunning 3-2 win from 2-0 down at Borussia Dortmund last weekend, substitute Oliver Burke netting the all-important goal in injury time.

On the other hand, After their winless start to the current campaign, Eintracht have now gone 11 top-flight matches without a victory, a run that stretches back to March 13. While a lot of people might not expect much from this, it might end up being a very interesting match to watch.

The Eagles showed off new loan signing from Paris Saint-Germain, midfielder Eric Junior Dina Ebimbe, during the week and the 21-year-old could be in line for his first taste of Bundesliga action. “It’s down to me to adapt, to get into the German style of play and to get used to the system and the demands of the coach,” the player, who likes to be known simply as ‘Junior,’ said.

Another recent arrival, Jerome Onguene, returned to full training following a thigh strain, while Ajdin Hrustic was given a full workout and is available for the first time this season. Randall Kolo Muani – with a goal and assist already this term – could lead the line at the expense of Rafael Borre. FIFA World Cup winner Götze, Daichi Kamada and Jesper Lindstrom are among the options in attacking midfield.

On the other side, morale among Ole Werner’s team is through the roof ahead of Sunday’s visit of Eintracht. The BVB victory meant that the Green-Whites became the first team in Bundesliga history to recover from a two-goal deficit in the 89th minute and still achieve three points. “We’ve taken that flow we had in the second division and seamlessly continued into the Bundesliga,” full-back Anthony Jung said.

Marvin Ducksch is yet to score his term, but should continue in attack alongside Füllkrug, who, like super sub Bürke, has scored two of his team’s seven goals. Right wing-back Mitchell Weiser is a doubt, though, after picking up a light thigh knock in training in midweek. Felix Agu could deputize.

Let’s check the latest Bundesliga picks, news, stats and Bundesliga expert picks for Bremen vs Frankfurt. We’ve plenty of Bundesliga predictions for you to consider.

The implied probability for these two teams attached to the betting lines has Bremen at a 40% chance of winning the game, meanwhile, Frankfurt has 37.04%probability of finishing the game with the W.