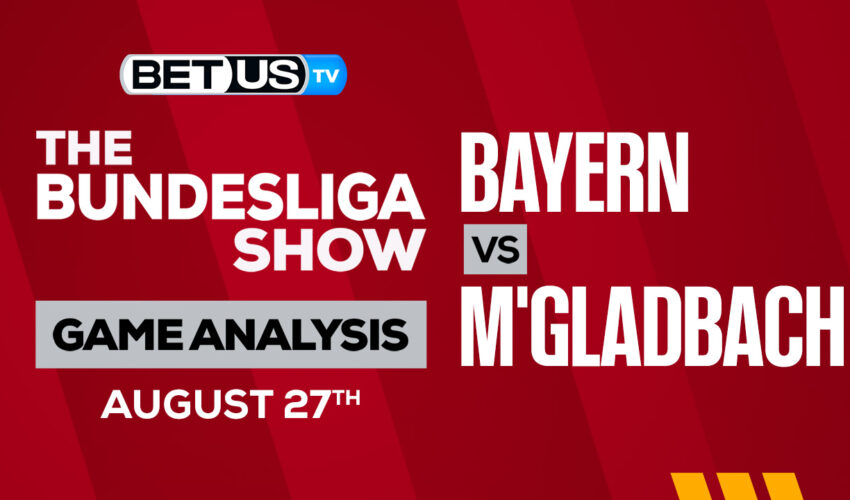 Bayern Munich play host to Borussia Moenchengladbach at Allianz Arena in the Bundesliga’s Saturday fixture. The two sides head into the weekend as the top two sides in the table, with reigning champions Bayern boasting the only 100% record in the division after three matches, making this one of the most exciting Bundesliga matches to watch during the weekend.

Last weekend, Bayern traveled to VfL Bochum, who inflicted Nagelsmann’s heaviest defeat of his reign so far in a shock 4-2 win for the newly-promoted side last season. However, Bayern ran out 7-0 victors this time around in a ruthless display of finishing ability. For the second time in three matches, Bayern were at least four goals ahead at the half-time interval, with Matthijs de Ligt’s first goal for the club sandwiched by strikes from Leroy Sane and Kingsley Coman. Sadio Mane made it four goals in four matches with his first brace for his new club, with Serge Gnabry sealing the rout after Cristian Gamboa’s own goal.

Despite total domination, Manuel Neuer did have seven saves to make across the course of the match, which Nagelsmann may view as an area where there is clear room for improvement, especially ahead of a home match against in-form Gladbach.

Under Daniel Farke’s new management, Die Fohlen are playing much better now than they were heading into that surprise 2-1 win in January, too, suggesting that they may have a decent chance of recording another upset on Saturday. The former Norwich City boss made it two wins from two at Borussia-Park against Hertha Berlin last time out, with Alassane Plea’s first-half penalty proving to be the difference between the two sides, although their victory should have been made more comfortable given that Jonas Hofmann missed from the spot with 20 minutes of normal time remaining.

Saturday’s trip to Munich undoubtedly provides Farke with his biggest test since taking charge in the summer, but having made such a strong start to the season, he and his players can treat the match as something of a free hit. As such, they can play with the type of expression and speed in transition which has hurt Bayern in the past.

Let’s check the latest Bundesliga picks, news, stats and Bundesliga expert picks for Bayern vs M’gladbach. We’ve plenty of Bundesliga predictions for you to consider.

The implied probability for these two teams attached to the betting lines has Bayern at a 84% chance of winning the game, meanwhile, M’gladbach has 8.33%probability of finishing the game with the W.