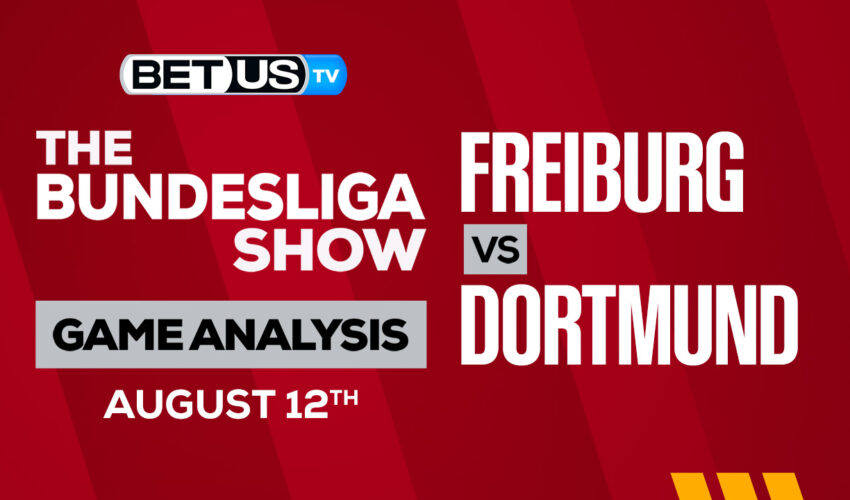 On Friday, Freiburg will host Borussia Dortmund at Stade Europa-Park for the 2nd match of their 2022-23 Bundesliga campaign. Both sides already had a strong start after they managed to pick up a victory last weekend, with both hoping to keep their machines going when they face each other in an exciting encounter.

On the opening day, Dortmund’s win came in much more marginal circumstances, with Marco Reus’s early tap-in proving enough to edge top-four rivals Bayer Leverkusen 1-0. Last season’s league meetings between the two sides both saw seven goals scored, yet this particular clash surprisingly only had that number of shots on target.

Looking at the bigger picture, the team that looks the strongest right behind Bayern is Borussia Dortmund, they are the ones that finished last season 8 points back of Bayern. For this upcoming season, Karim Adeyemi has been signed from RB Salzburg, but the 20-year-old striker has huge shoes to fill.

A clean outcome is certainly nothing to scoff at for a team that has leaked too many goals in recent years, but Terzic will know his side must perform better if they are to win against Freiburg, even if Dortmund are the favorites coming into this match.

On the other hand, Freiburg’s sixth-placed finish last season was their highest since 2012-13, which ironically was head coach Christian Streich’s first full season in charge of the club having remained in his role since December 2011.

Only Diego Simeone at Atletico Madrid is in a longer-serving position as head coach of a club in Europe’s top five leagues, with Streich missing out on that particular accolade by the grand total of six days.

As far as the first days of the season go, Freiburg’s could hardly have gone any better with so many new signings making an instant impact, but Streich will be fully aware that facing Dortmund is going to be one of their biggest challenges this season.

Let’s check the latest Bundesliga picks, news, stats, and Bundesliga expert picks for Freiburg vs Dortmund. We’ve plenty of Bundesliga predictions for you to consider.

The implied probability for these two teams attached to the betting lines have Freiburg at a 32.26% chance of winning the game, meanwhile, Dortmund has 45.45% probability of finishing the game with the W.