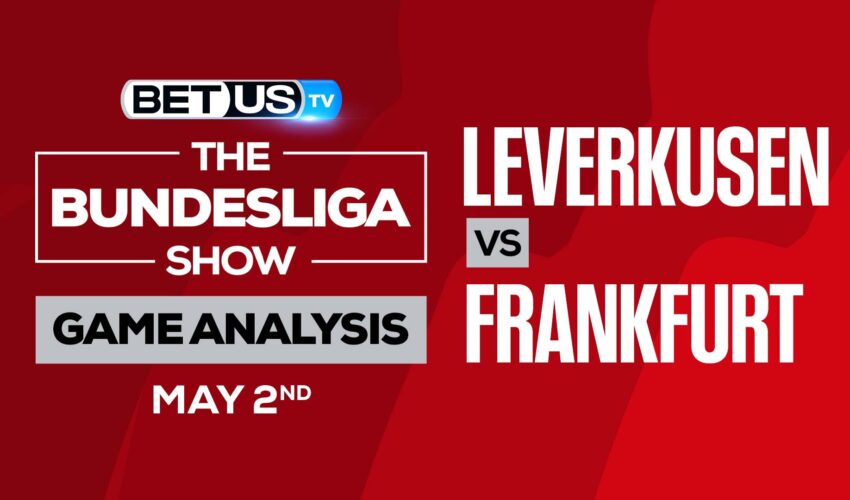 Bayer 04 Leverkusen is hosting Eintracht Frankfurt at BayArena stadium in Leverkusen. Gerardo Seoane’s team is currently sitting in 3rd place but they need to secure as many wins as they can if they want to have a guaranteed top 4 finish this season, earning a Champions League spot. Frankfurt will try to stop Leverkusen but it’s safe to say that it will be a very hard challenger for them as they haven’t been able to win a single league game out of their last 5.

Leverkusen recently had a very dominant performance against the last-place team of the league Furth. They finished the match with a 3-goal lead as 4 different players of Leverkusen managed to score a goal of their own. But winning against Bundesliga’s last-place team isn’t a huge feat. They lost their prior match against Leipzig, the team that is currently 1 point behind them in the standings. They couldn’t penetrate Leipzig’s defense after Dominik Szoboszlai scored a goal against them 69 minutes into the match.

Even if Frankfurt hasn’t managed to win a single one of their last Bundesliga matches, they’ve been finding quite a bit of success in the Europa League as they managed to take down Premier League’s West Ham and La Liga’s Barcelona. The last time Frankfurt was able to win a Bundesliga match was versus Bochum back in March.

Frankfurt dominated Leverkusen the last time these two teams faced each other last year. Only Patrik Shick managed to score 2 goals for Leverkusen, while Eintracht Frankfurt’s Tuta, Lindstrøm, Ndicka, Jakić, and Sow all managed to score a goal of their own. Leverkusen started with a lead early in the match but Frankfurt quickly evened the score and from that point, the game was pretty much over as Leverkusen couldn’t find a way to bounce back.

The implied probability for these two teams attached to the betting lines have Leverkusen at a 69.23% chance of winning the game, meanwhile Eintracht Frankfurt have 15.38% probability of finishing the game with the W.