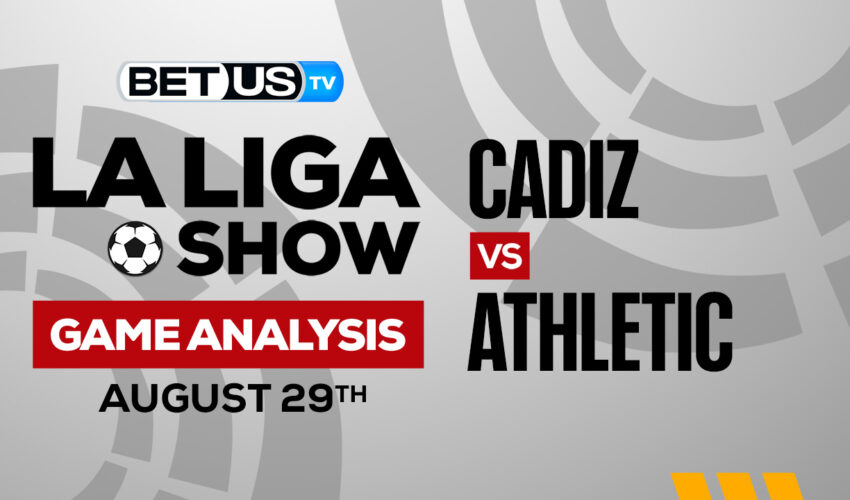 Cadiz play host to Athletic at Estadio Nuevo Mirandilla on Monday, when they kick off the 3rd match of their respective 2022-23 La Liga campaign. Cadiz and Athletic Bilbao meet again 4 months after the La Liga match which Athletic Bilbao won 2-3. Cadiz are on a poor run of form as they’re approaching this clash after defeats from Osasuna, Real Sociedad, Sevilla, Atletico Madrid and failing to register a single victory in their past 6 games. The coach and the players will probably put extra effort in the defense as they have been conceding goals for 6 consecutive matches now.

Athletic Bilbao, on the other hand, are approaching the match in a good mood after claiming a 1-0 win in La Liga against Valencia extending their unbeaten streak to 4 matches. They have been flawless defensively having 4 consecutive clean sheets. Athletic have won 3 times, lost once and drew twice in their most recent 6 matches, which should give them enough confidence for this game. On another important note, Ex-Manchester United midfielder Ander Herrera is set for a return to Athletic Bilbao after Paris Saint-Germain terminated his contract two years early.

Athletic Club left-back Yuri Berchiche said the Lions are happy with how they are being asked to play this season, admitting there is a lot of positivity among the first-team squad at the moment. “The team is feeling upbeat, we’re very pleased with the way we’re playing,” Yuri said at a press conference ahead of Athletic’s first away match of the season. “Ernest Valverde is a direct and honest coach, he knows how he wants us to play”. The defender also singled out the importance of Athletic’s youth system, lauding the players currently coming up through the ranks. “Athletic is an academy club. We know the energy in the first team comes from below”

The implied probability for these two teams attached to the betting lines has Cadiz at a 25.00% chance of winning the game, meanwhile Athletic Bilbao has 47.62% probability of finishing the game with the W.