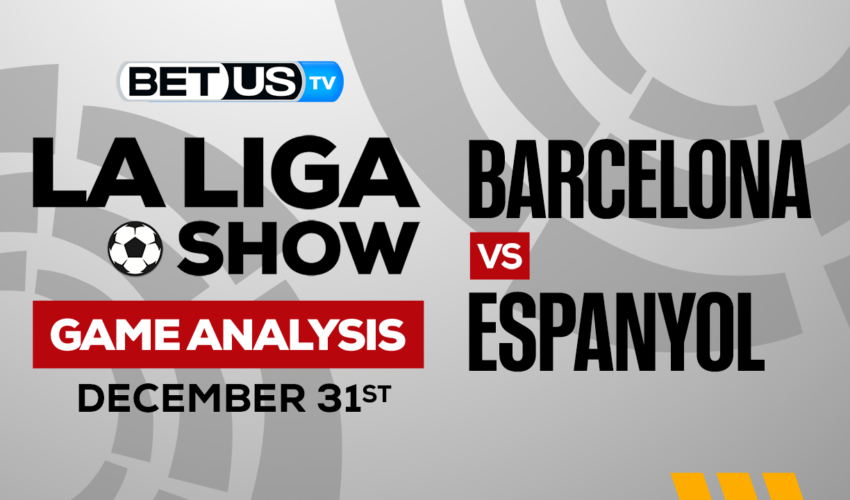 After the break for the World Cup in Qatar. The main leagues in the world are back in action and this coming Saturday, December 31, we will have the Barcelona derby, when FC Barcelona and Espanyol de Barcelona face each other.

The Espanyol team has had a season to forget. They come from winning their last game against the Atlético team by a score of 1-0 on December 20, this game corresponding to the Copa del Rey. In their last game for the Spanish League they were defeated by a score of 0-1 by Villarreal. Perhaps one of his main shortcomings has been in his defense, which has allowed a total of 22 goals so far this season. Added to this, their strikers have not had the expected efficiency, such is the case of Joselu and Martin Braithwaite, who between them have barely 10 goals. Currently, the Espanyol team is in sixteenth position in La Liga with a total of 17 points, a position that, although it is a bit far from relegation, is still uncomfortable in the face of the matches that the city team has to face. from Barcelona.

The FC Barcelona team is experiencing one of its best seasons in La Liga. The team led by Xavi Hernández is on a streak of 3 consecutive games without defeat in La Liga. Their last defeat was against Real Madrid, where they lost by a score of 3-1. There is no doubt that the contraction of Polish striker Robert Lewandowski has been a great help. Lewandowski is the team’s top scorer with 13 goals, which has been of great help to the team, as well as the performance of Ousmane Dembele and Pedri, who have been key players in the culé attack. FC Barcelona sits in first position in La Liga with a total of 37 points, two points above its closest rival, Real Madrid.

The supremacy of FC Barcelona over Espanyol is absolute, since in the last 5 games between the two, Barcelona have won 3 and drawn two. From here, the great favorite to leave the victory is the whole of FC Barcelona.

The implied probability for these two teams attached to the betting lines have Barcelona at a 80% chance of winning the game, meanwhile, Espanyol have 9.09% probability of finishing the game with the W.