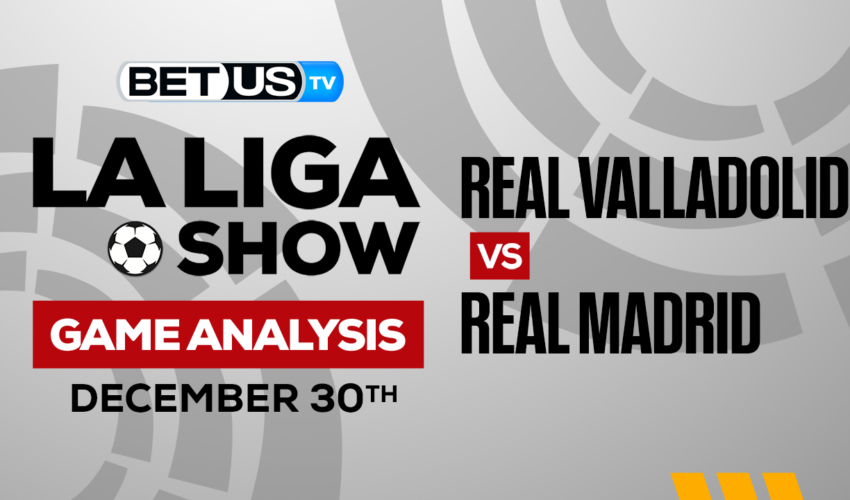 After a month and a half without The Spanish League is back. This Saturday, December 30, we will have an excellent game between Real Valladolid and Real Madrid. A match to be held at the José Zorrilla Stadium.

Real Valladolid needs the 3 points to continue climbing in the middle of the standings. They come from having thrashed Arenas Club in their last game played, this for the Copa del Rey, a game that would end in favor of Valladolid by a score of 1-5, however, in their last game for the Spanish League they did not have the same luck , since they were defeated by Athletic Club 3-0 on November 8. During this season, the Real Valladolid team has lost 50% of its matches, which has left many doubts as to what may come after this break. One of its main virtues has been playing at home, since it has achieved 4 of its last 5 victories. Currently the team is in thirteenth position with a total of 17 points.

Meanwhile, the Real Madrid team, despite being in second position in the Spanish League, has not had the expected performance this season. The Merengues have shown weaknesses especially in the defensive area, where they have suffered the most damage. Their last game was won by a score of 2-1 over the Cadiz team on November 10. Real Madrid has a record of 11 wins, two draws and one loss. For this game, the Merengue team hopes to have one of its best players back, as is the case with Karim Benzema. The Real Madrid team is in the second position of the Spanish League with a total of 35 points, two below the leader, Barcelona.

In the duels between the two teams, Real Madrid has a clear advantage over Valladolid, since Real Madrid has won 4 of the last 4 games and they have only tied one game, which puts the team led by Carlo Ancelotti as a favorite to win this next game.

The implied probability for these two teams attached to the betting lines have Valladolid at a 15.38% chance of winning the game, meanwhile, Real Madrid have 68.25% probability of finishing the game with the W.