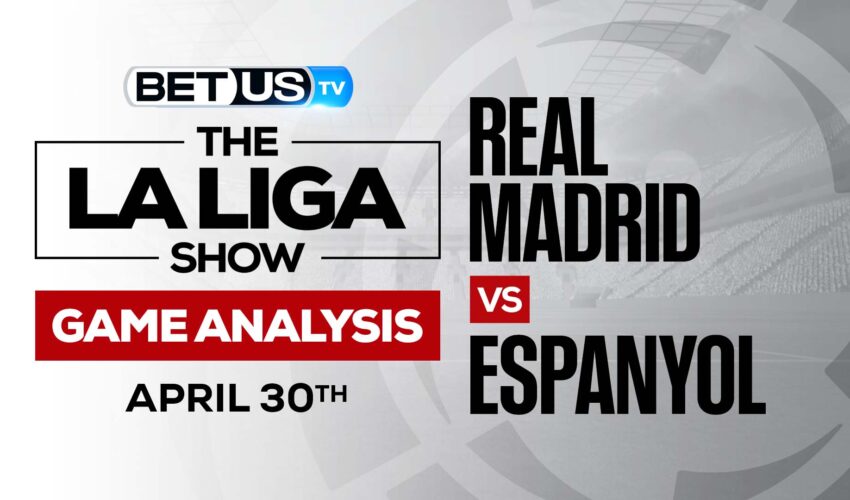 Espanyol is playing against Real Madrid at the Santiago Bernabeu on April 30. Real Madrid is having a busy schedule as they’ll be facing Man City next Wednesday for the second leg of the Champions League semi-final, but first, they’ll have to face Espanyol. Vicente Moreno’s Espanyol is going through an inconsistent patch as have lost 3 of their last 5 matches, but in between those losses they’ve found a couple of victories against Celta Vigo and Mallorca.

We recently saw Real Madrid get taken down by Man City in the first leg of the semi-finals, but they’ve been able to win their last 4 games in La Liga. They played against Osasuna, Sevilla, Getafe, and Celta Vigo and they managed to take them all down quite convincingly. After all, Real Madrid has secured the first place in La Liga this season and most of their focus will go towards their Champions League matches.

Unlike Real Madrid, Vicente Moreno’s men will put all of their efforts into their matches in La Liga as they still can climb up a few spots in the standings. Their last match against Rayo Vallecano left a sour taste in their mouth and they’ll be looking to at least get an even score against Real Madrid.

The last time these two teams faced was back in October and it was actually Espanyol the team that managed to take the victory home. Espanyol started with an early lead of 1 goal at minute 17 and they managed to increase the lead up to 2-0 over Real Madrid. Karim Benzema managed to score a goal in favor of Real Madrid at the 71-minute mark but Carlo Ancelotti’s team was never able to even the score and that’s how Espanyol got achieved an upset over La Liga’s 1st-place team.

The implied probability for these two teams attached to the betting lines have Real Madrid at a 66.67% chance of winning the game, meanwhile Espanyol have 14.81% probability of finishing the game with the W.