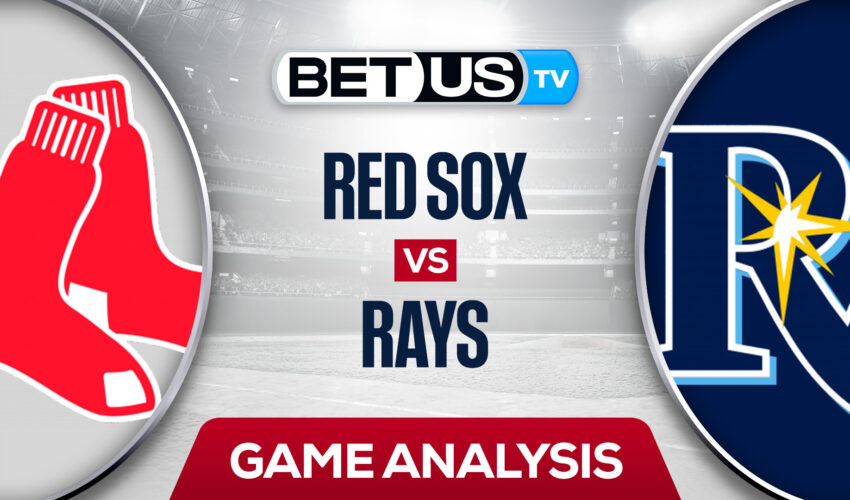 The Tampa Bay Rays are just 1 win away from sweeping the Boston Red Sox in a four-game series at Tropicana Field. These two teams are just 1 game away from each other in the American League East division, with the Rays holding 2nd place in the standings. In June, the Red Sox were one of the hottest teams in the MLB during the, staying 11 games above the .500 mark after getting a couple of 7-game winning streaks. But now it’s a whole different story as they have struggled with consistency since then, losing 10 of their last 15 games

On the other hand, the Rays have been above the .500 mark since the beginning of April, but they have yet to reach their top form. The Rays are ranked #21 in batting average with .239. Randy Arozarena leads the team with 82 hits, including 10 home runs, but there is a problem for Tampa. They are currently without multiple key players, including Mike Zunino, Manuel Margot, Brandon Lowe, Kevin Kiermaier and Wander Franco. Luckily for them, their pitching staff ranks 4h with an ERA of 3.36.

Kutter Crawford is making his 4th start and 13th start of the season for the Boston Red Sox today. He is carrying a 4.50 ERA and a 1.43 WHIP over 30 innings pitched while striking out 38. The Rays answer back with Drew Rasmussen, who is in a much better form coming into this game. He holds a 3.11 ERA and a 1.19 WHIP over 66.2 innings across 14 starts. Rasmussen is coming off a recent stint on the IL, and he has now allowed one earned run in 8.2 innings since being activated.

The implied probability for these two teams attached to the betting lines have Bay Ray at a 55.56% chance of winning the game, meanwhile Red Sox have 46.51% probability of finishing the game with the W.