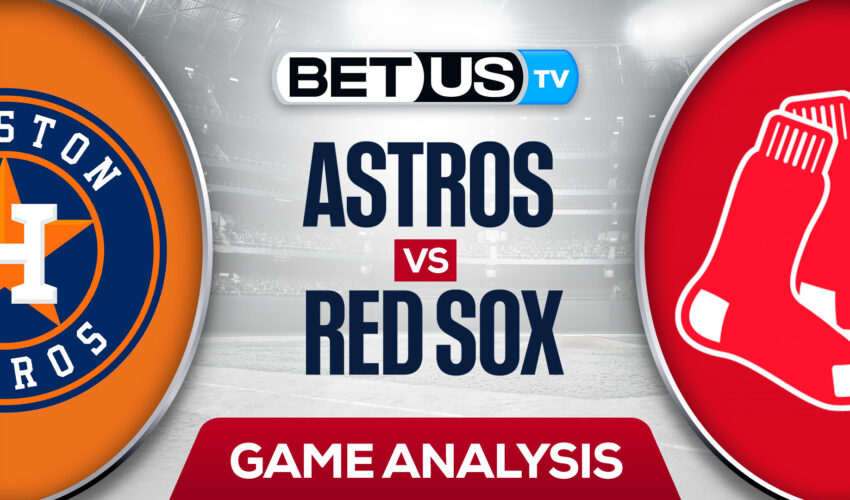 It’s finally here, the last year’s American League Championship Series rematch has arrived and we’ll get to see two of the premier teams in the American League of the past decade battle it out at Fenway Park. The Boston Red Sox will try to make amends as they haven’t been able to perform up to the expectations this season, but going up against the Astros will be a difficult challenge.

The Houston Astros were on a 11-game win streak, the only ones that have been able to match this were the New York Yankees, but unfortunately for the Astros, the Washington Nationals put an end to their streak last Saturday after taking down the Astros in a very convincing fashion. But Houston wasn’t happy with that, so they claimed revenge in the last game of the series where they dismantled the Nats 8 runs to none.

Garrett Whitlock will be the starting pitcher for the Red Sox that will try to contain the Astros’ offense, which sounds like a very hard task to do. But his stats are not to shabby, he is on a 1-1 record and holds a 2.19 ERA, which if we take into account the entire performance of the Red Sox, Whitlock isn’t the piece that will lose them this game.

On the other hand, the Houston Astros will send Jake Odorizzi as their starting pitcher, who is carrying a 3.38 ERA and has won 3 out of the 5 game he’s started. He’s pitched in 26 innings and scored a 1.24 WHIP, so if we look at the big picture, this might be a good opportunity for the Red Sox to score a few runs early on in the game.

Houston has won 12 out of their last 13 games, which makes them the clear favorites in this match as the Boston Red Sox carry a measly 0.382 win pct this season. Things aren’t looking great for the Red Sox and this is one of their worst starts we’ve seen from them, but maybe this might be their golden opportunity to pick up a win if they want to get back on track as soon as possible.

The implied probability for these two teams attached to the betting lines have Astros at a 47.17% chance of winning the game, meanwhile Red Sox have 54.95% probability of finishing the game with the W.