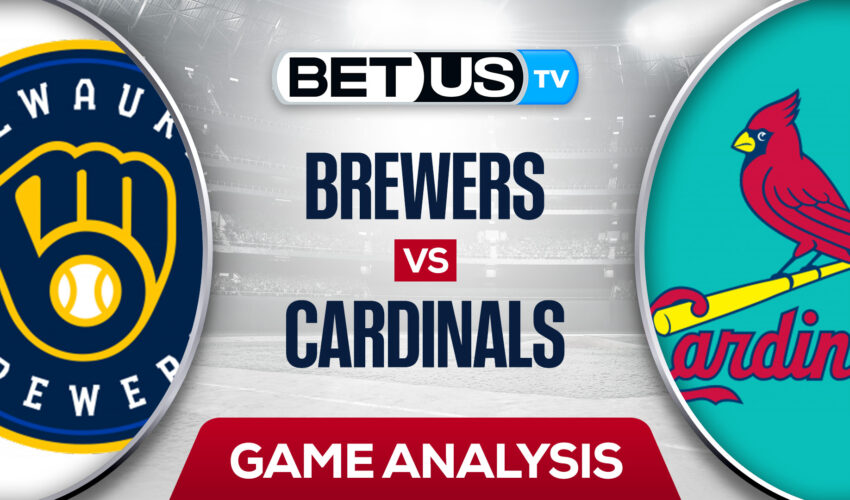 The Milwaukee Brewers and the St. Louis Cardinals will wrap up their brief two-game series in St. Louis today. The Brewers spent the better part of the first half of the season in first place but watched the Cardinals surge past them by the all-star break and are now 7 games behind the Cardinals and likely relegated to going for a wildcard spot in the National League. The Cardinals have been one of the better teams in baseball since the all-star break and look to be in great shape to win the NL Central Division.

While the road to the NL Central Division crown appears to be just about closed off for the Brewers, they are still very much in the wildcard chase with twenty games left in the season. The Brewers sit just two games in back of the Padres for the third and final wildcard spot in the National League. On Tuesday night, in game one of this critical series with the first-place Cardinals, the Brewers used eight different pitchers while producing 11 hits and eight runs to pull off a surprising 8-4 win.

The Cardinals will turn to veteran right-hander Adam Wainwright on Wednesday night against the Brewers. Wainwright recently won his 10th game marking the 12th time in his formidable career that he has won at least ten games. The Brewers reply back with 2021 Cy Young Award winner Corbin Burnes, who faces an almost must-win situation in his every start from here on out. In his last five starts, Burnes is 2-1 but with an uncharacteristic 5.59 ERA.

Let’s check the latest MLB picks, news, stats and MLB expert picks for Brewers vs Cardinals. We’ve plenty of MLB predictions for you to consider.

The implied probability for these two teams attached to the betting lines have Cardinals at a 47.39% chance of winning the game, meanwhile, Brewers have 54.75% probability of finishing the game with the W.