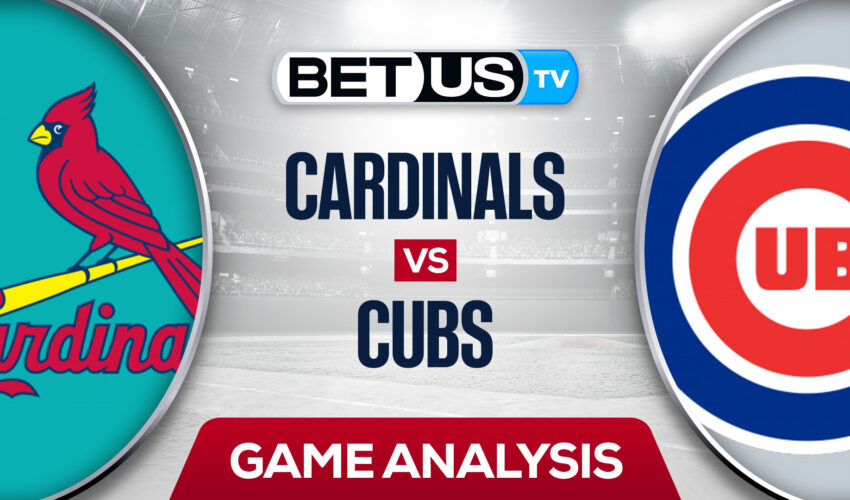 The St. Louis Cardinals and the Chicago Cubs continue a five-game series at Wrigley Field with their 4th encounter. The Cards are looking great as of recently, winning eight in a row entering yesterday’s game and now feature a four-game lead ahead of the Brewers. The Cubs are making progress in a rebuilding season, especially on the mound as they have won four consecutive series after posting two wins in three games against the Brewers this past weekend.

When it comes to the Cardinals, Paul Goldschmidt is delivering at the plate against the Cub pitching. The veteran star collected nine RBIs along with a .954 OPS. The veteran star is probably going to win the NL MVP. He has launched 31 homers along with 100 RBIs and leads the big leagues with a 1.039 OPS. He has 22 RBIs under his belt this month. The Cardinals are averaging 4.88 runs, ranking them third overall. The pitching staff has logged a 3.82 team ERA, placing them 13th in the big leagues.

On the other hand, Nico Hoerner has been a big threat against the Cardinals this season, sporting a .359 average and a .866 OPS. The 25-year-old shortstop has solid numbers, posting 39 RBIs and a .739 OPS. Hoener has cooled a bit, posting six RBIs and a .796 OPS on the month. Chicago is scoring an average of 4.19 runs, ranking them 21st overall. The pitching staff is carrying a 4.22 team ERA, placing them 23rd in the Major Leagues.

The implied probability for these two teams attached to the betting lines has Cubs at a 36.36% chance of winning the game, meanwhile, the Cardinals have 67.21% probability of finishing the game with the W.