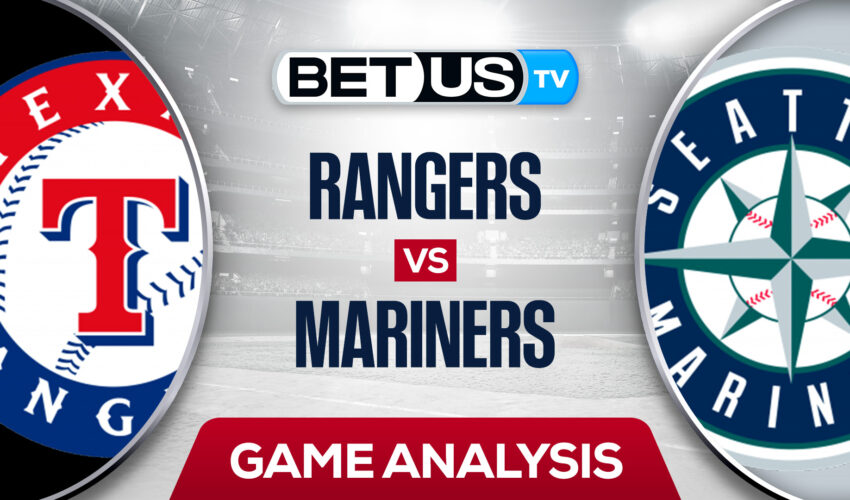 Thursday’s MLB action brings the AL West showdown from T-Mobile Park in Seattle. The Texas Rangers and Seattle Mariners wrap up their 19-game regular-season set with a three-game series finale, so let’s take a closer look. The Rangers have won just five of their first 17 contests against the Mariners including 5-0 victory in the opening clash of this set.

The Texas Rangers kept the Mariners scoreless last Tuesday despite opting for a bullpen day, though Seattle bounced back with a 3-1 victory yesterday. On Tuesday, six guys combined for seven strikeouts and yielded just five hits and five walks, while third baseman Josh Jung went 3-for-4 with a couple of homers and five RBI.

On the other hand, the Mariners still hold the bottom wild card in the American League, three and a half games ahead of the Baltimore Orioles, who lost 13-9 at the Boston Red Sox on Tuesday.

Seattle owns a decent .731 OPS in its last 390 at-bats despite missing Julio Rodriguez, but the Mariners’ pitching staff hasn’t impressed in the last couple of weeks, posting a 4.90 ERA and 1.34 WHIP.

Marco Gonzales will head to the mound for the Seattle Mariners in today’s encounter, and the 30-year-old left-hander is 1-2 with a 5.16 ERA and 1.35 WHIP in three starts against the Rangers this season. He’s yielded five earned runs in two of those three contests.

Let’s check the latest MLB picks, news, stats and MLB expert picks for Rangers vs Mariners. We’ve plenty of MLB predictions for you to consider.

The implied probability for these two teams attached to the betting lines have Rangers at a 48.78% chance of winning the game, meanwhile Mariners have 53.49% probability of finishing the game with the W.