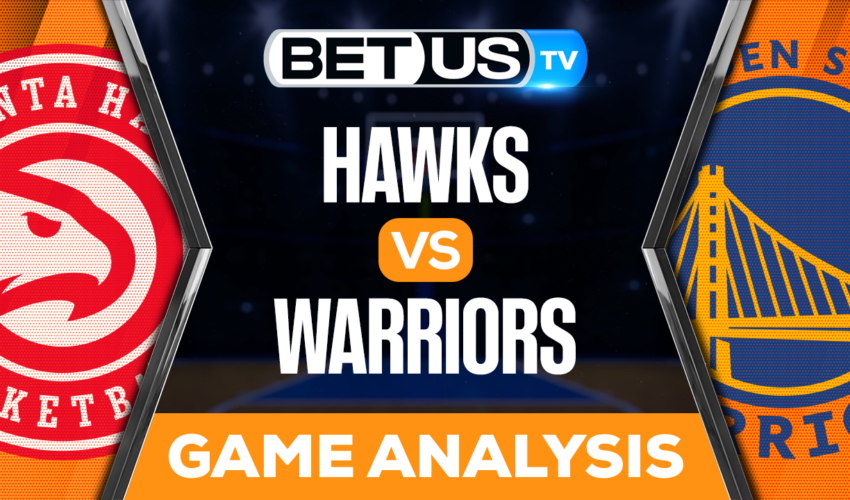 The Atlanta Hawks and Golden State Warriors’ game tonight is going to be a lesson on how to properly face challenges. The Hawks have had a difficult season, sitting on a 17-19 record, and as a result, widespread rumors about Trae Young’s and head coach Nate McMillan’s futures have surfaced.

The Warriors, in comparison, have recovered from a disastrous start to their season without two of their top three players, and they are presently over .500 for the first time since October. The Warriors will once again be without Steph Curry and Andrew Wiggins, but they still have one thing going for them: a real home-court edge.

It wasn’t shocking that the Warriors performed terribly in the games immediately after Curry’s injury given their roster’s overabundance of young, inexperienced players. But despite not having Steph or Andrew Wiggins available to assist, the Warriors have already won four straight games, in part due to this lineup being virtually unbeatable at home.

Every player on the Warriors sees their averages and effectiveness soar at home, but Jordan Poole in particular is up to 30.75 PPG during this four-game homestand without Curry. As the Warriors’ go-to player over the past few games, Poole has played some of the best basketball of his life, proving that while he’s no Curry, he’s a much better player when imitating Steph than when he’s playing off of him.

Meanwhile, Atlanta’s problems away from State Farm Arena have been comparable to Golden State’s, albeit less dramatic. The Hawks are 3-7 ATS in their last 10 games overall and 6-11 ATS on the road. Atlanta’s basketball currently has a general air of joylessness about it, which contrasts sharply with the camaraderie the Warriors have displayed over the past four games.

Atlanta’s dismal road record dates back to last season, and this year’s iteration is notably poorer as a result of dropping Kevin Huerter and Clint Capela’s ongoing absence. In their last 26 away games against a team with a home winning percentage of more than 60%, the Hawks are 5-21 ATS. Although most clubs don’t perform all that well against such strong home teams, Atlanta’s situation is particularly concerning.

Let’s check the latest NBA picks, news, stats and NBA expert picks for Hawks vs Warriors. We’ve plenty of NBA predictions for you to consider.

The implied probability for these two teams attached to the betting lines have Hawks at a 48.78% chance of winning the game, meanwhile Warriors have 55.56% probability of finishing the game with the W.