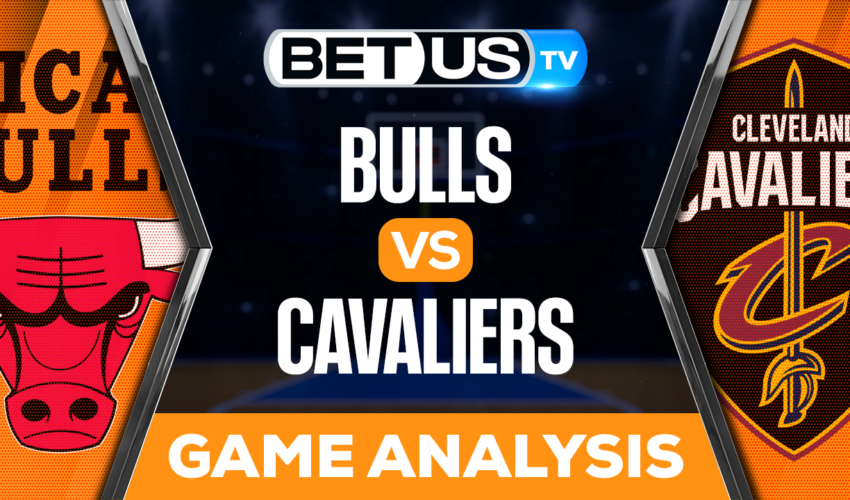 On Monday, it’s Cleveland’s turn as the Cavaliers will now have the opportunity to host the Chicago Bulls at the Rocket Mortgage FieldHouse. The Cavs managed to win the first two meetings between these two teams this season, meaning this will be their third encounter. The Bulls lost their previous game 103-102 to this Cleveland team.

Despite the Bulls’ strong defensive play, they will need their offense to come alive if they are to defeat one of the top home teams. The Bulls were taken down by Cleveland twice previously, scoring 96 and then 102 points. These offensive performances won’t be sufficient to keep the game close at Cleveland, no matter how skillfully they defend.

They are shooting 37% from beyond the arc, ranking 10th in the NBA for three-point shooting percentage. They have also handled business at the charity stripe, making 81.7% of their attempts to cross the line. This is the fifth-highest free-throw shooting %, and if they want to win this game, they must not allow these opportunities pass them by.

Looking at the other side of the court, the Cavaliers are unbeaten through 7 contests in which point guard Darius Garland is absent. Without him, they score roughly seven more points per game on average. The players who appear to benefit the most from Garland’s absences are guard Caris LeVert and forward Kevin Love, both of whom see their scoring averages rise by about five points per game.

Star Donovan Mitchell, who leads the Cavaliers in scoring with or without Garland, will probably have the largest impact on whether they can pull off a win today. In addition to averaging over nine 3-point attempts per game, Mitchell averages 28 points and 4.6 assists while shooting 48.4% from the field and 41.1% from beyond the arc this season.

Let’s check the latest NBA picks, news, stats and NBA expert picks for Bulls vs Cavaliers. We’ve plenty of NBA predictions for you to consider.

The implied probability for these two teams attached to the betting lines have Bulls at a 40.00% chance of winning the game, meanwhile Cavaliers have 63.64% probability of finishing the game with the W.